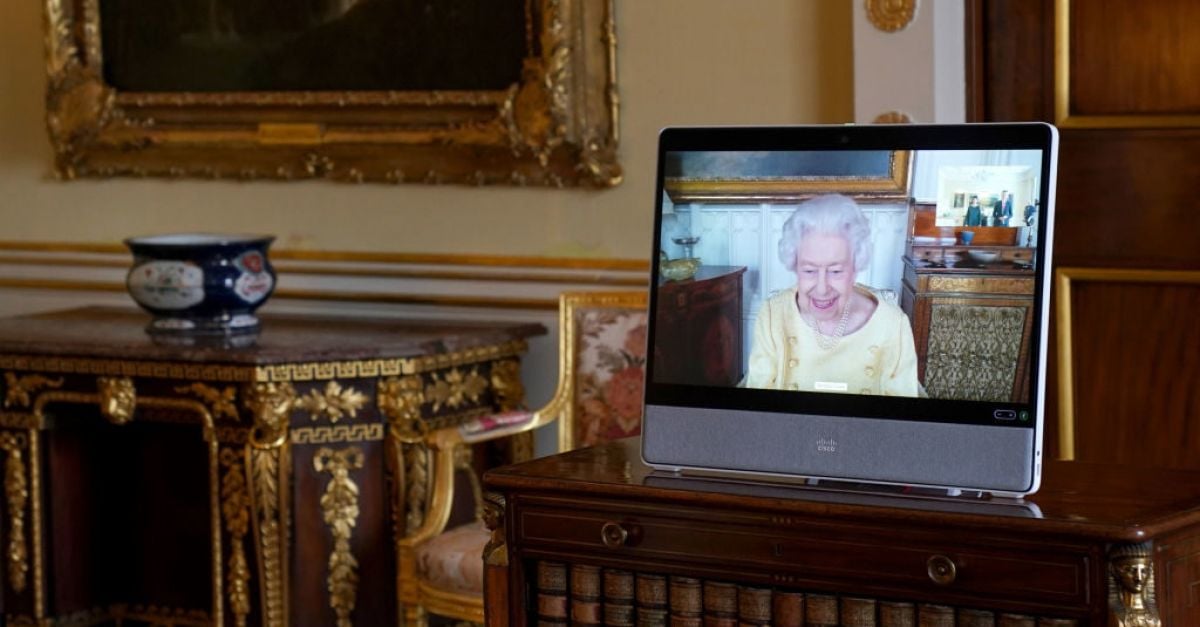 Britain’s Queen Elizabeth appeared to be in good spirits on Thursday as she carried out an online royal engagement, two days after she cancelled her planned appearance at next week’s Cop26 climate summit following advice from her doctors.

“I am very glad to have a chance to see you if only mechanically this morning,” the queen (95) said as she oversaw the awarding of a medal for poetry to British poet and translator David Constantine via video link.

“I don’t know what you do with it. Do you put it in a cupboard?” she asked regarding the medal, smiling into the camera.

🥇The 2020 winner of The Queen’s Gold Medal for Poetry, David Constantine, has been officially presented with his medal during a virtual Audience with The Queen.

David was joined at Buckingham Palace by the Poet Laureate Simon Armitage, who chairs the Poetry Medal Committee. pic.twitter.com/HWGUqkNCS1

The footage was released by Buckingham Palace.

The world’s oldest and longest-reigning monarch spent a night in hospital last week for an unspecified ailment not related to Covid-19. It was Elizabeth’s first overnight hospital stay for years.

The queen had been due to attend an evening reception next Monday at the Cop26 conference in Glasgow but will instead deliver a recorded message to world leaders.