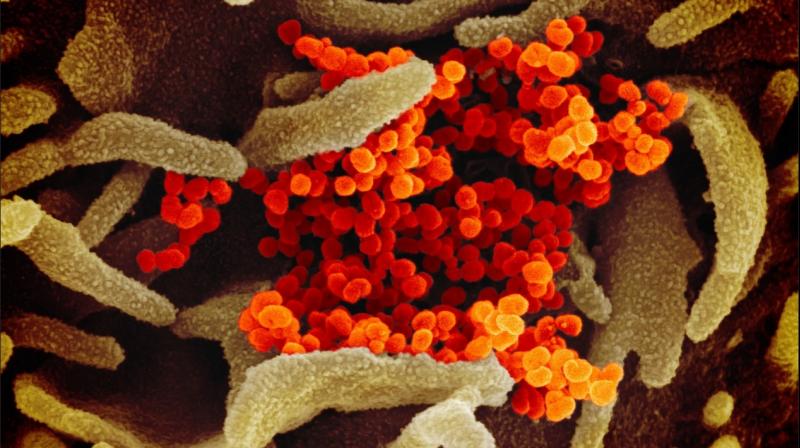 London: Fully vaccinated people can contract and pass on Delta variant of SARS-CoV-2, the virus that causes COVID-19, in household settings, but at lower rates than unvaccinated people, according to a study published in The Lancet Infectious Diseases journal.

Researchers led by Imperial College London, UK, found that vaccinated people clear the infection more quickly, but the peak viral load among them is similar to that seen in unvaccinated individuals, which may explain why they can still readily pass on the virus at home.

The researchers noted that most COVID-19 transmission is known to occur in households yet there is limited data on the risk of transmission of the Delta variant from vaccinated people with asymptomatic or mild infections in the community.

"Vaccines are critical to controlling the pandemic, as we know they are very effective at preventing serious illness and death from COVID-19," said Professor Ajit Lalvani of Imperial College London, who co-led the study.

"However, our findings show that vaccination alone is not enough to prevent people from being infected with the Delta variant and spreading it in household settings," Lalvani added.

The researchers noted that the transmission between vaccinated people makes it essential for unvaccinated people to get immunised to protect themselves from acquiring infection and severe COVID-19, especially as more people will be spending time inside in close proximity during the winter months.

The study enrolled 621 participants, identified by the UK contact tracing system, between September 2020 and September 2021.

All participants had mild COVID-19 illness or were asymptomatic. They had daily PCR tests to detect infection, regardless of whether or not they had symptoms.

The researchers performed PCR tests on swab samples provided daily by each participant for 1420 days. Changes over time in viral load — the amount of virus in a person's nose and throat — were estimated by modelling PCR data.

A total of 205 household contacts of Delta variant index cases were identified, of whom 53 tested positive for COVID-19.

Among vaccinated contacts infected with the Delta variant, the median length of time since vaccination was 101 days, compared with 64 days for uninfected contacts, the researchers said.

This suggests that the risk of infection increased within three months of receiving a second vaccine dose, likely due to waning protective immunity, they said.

The authors point to vaccine waning as important evidence for all eligible people to receive booster shots.

"Understanding the extent to which vaccinated people can pass on the Delta variant to others is a public health priority," said Anika Singanayagam, co-lead author of the study.

"By carrying out repeated and frequent sampling from contacts of COVID-19 cases, we found that vaccinated people can contract and pass on infection within households, including to vaccinated household members," Singanayagam said.

The findings suggest that continued public health and social measures to curb transmission  such as mask wearing, social distancing, and testing  remain important, even in vaccinated individuals.

The authors acknowledge some limitations to their study. Due to the nature of UK symptoms-based community testing, only contacts of symptomatic index cases were recruited, the researchers said.

As the study was undertaken when infection was circulating widely, it cannot be excluded that another household member may already have been infected and transmitted COVID-19 to the index case, they added.