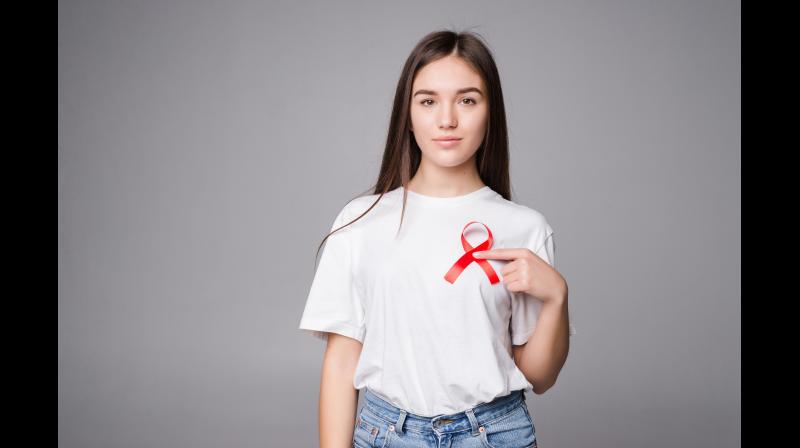 October is observed all over the world as the Pink Ribbon Month or Breast Cancer Awareness Month. Breast cancer is the Number One cancer in terms of incidence and mortality in women across the globe, in both urban and rural areas of India. As per doctors, like most other diseases, breast cancer too is attacking younger women, and those in their 30s and 40s are falling prey to it. Over half these cases are diagnosed only in advanced stages due to lack of awareness about timely screening.

According to the World Health Organisation, breast cancer results in the death of around 6.85 lakh women annually.

Globocan (an arm of the International Agency for Research on Cancer or IARC) quotes the latest available statistics for 2018 in India to show that breast cancer has overtaken cervical cancer to become the most common cancer affecting women. Around 1.62 lakh new cases are diagnosed every year in India. Annually, around 87,000 succumb to the disease, and these figures are likely to cross 1 lakh deaths per annum by 2030 while new cases are likely to  exceed two lakh.

Dr G Abhilash, radiation oncologist at Apollo Hospitals, says, “In India, the issues of lack of awareness and delayed presentation continue to hamper our outcomes. High income countries detect breast cancer early and have a 70%-80% chance of cure, whereas in low-to-middle income countries like India, it is diagnosed late with poorer survival chances.” The proportion of young patients (less than 35 years of age) varies from 10% in developed countries to up to 25% in developing Asian countries, Dr Abhilash says. Approximately one in 10 women have inherited and associated family history of breast cancer. Mutations in two genes — BRCA1 and BRCA2 – have a higher cumulative risk of causing breast cancer.

Diagnosing breast cancer in younger women (under 40 years age) is more difficult because their breast tissue is generally denser than the breast tissue in older women, and routine screening is not recommended, the doctor points out. Breast cancer in younger women may be more aggressive. Women who are diagnosed with breast cancer at an early age are more likely to have genetic mutations predisposing them to this and other cancers, he adds.

Providing more statistics, Dr Abhilash says it has been estimated that 20% of breast cancers worldwide can be attributed to modifiable risk factors, including obesity, physical inactivity and alcohol use, offering the potential for reduction in the disease burden by promoting a healthy lifestyle.

As per medical statistics, one percent of all breast cancers occur in men, though they are relatively at low risk, he says. The lifetime risk for breast cancer in men is one in 833, compared with one in 10 for women. Besides genetic predisposition, age, obesity, smoking, liver cirrhosis and prostate cancer can be other risk factors.

“If members of your family have had breast or ovarian cancer, or anyone in your family is known to have a BRCA1 or BRCA2 mutation, you may be referred for genetic counselling,” Dr Abhilash notes.

“Various latest, advanced treatment modalities improve both survival and quality of life. Surgeries include Mastectomy and Axillary Dissection, or removal of the entire breast, which has massive cosmetic and psychosocial implications for women,” the doctor explains.

“There is also breast conservation surgery and reconstruction and sentinel lymph node biopsy or dissection. It retains the shape and contour of the breast. Radiation Therapy is another mode of treatment. Systemic Therapy includes Chemotherapy, Targeted Therapy, Hormonal Therapy,” he adds.

A tryst with breast cancer

In May 2020, Delhi-based Shalini Nayar experienced an unusual heaviness in her breast and felt a lump. Within 48 hours, she flew down to Hyderabad amid the raging Covid pandemic to consult a doctor. A physical examination, mammography, ultrasound and biopsy revealed that the lump was cancerous. “I felt my world was shattered and I asked God, ‘Why me?’” says Shalini. “Being a workaholic, I didn’t have time for fitness activities. Dr Raghuram and his team counselled me and treatment, including chemotherapy, lump removal, oncoplastic surgery and radiation therapy, was given for the next few months. Finally, I defeated cancer,” she says. Medical follow-ups are on, Shalini has taken a sabbatical from work, and now follows a healthier diet and lifestyle.

Shalini advises women to be alert for any changes in the breasts, immediately consult a doctor if they detect any changes, and undergo an annual mammogram test after 40. “Finding the right doctor, treatment and counselling matter a lot in dealing with the trauma. Staying strong and positive, trusting and implementing the medical team’s advice are also very important,” she avers.

l Painless lump or thickening that feels different from the rest of the breast
l Change in size, with the breast becoming noticeably larger or lower
l Recent retraction of the nipple
l Rash on or around the nipple
l Blood-stained discharge from one or both nipples
l Puckering or dimpling of the skin overlying the breast
l A swelling under the armpit or around the collarbone (where the lymph nodes are)
l Constant pain in one part of the breast or armpit