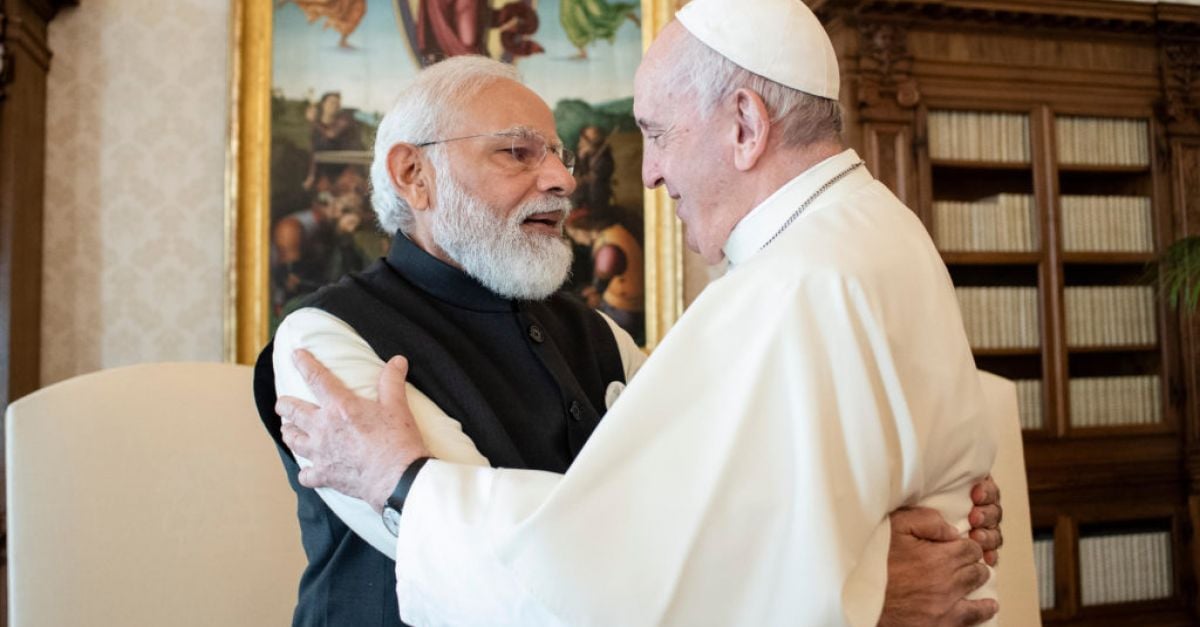 Mr Modi made the invitation during an unusually long, 55-minute audience with Francis at the Vatican.

Mr Modi is in Rome for the G20 summit.

There are roughly 18 million Catholics in India, a small minority in the largely Hindu nation of 1.3 billion.

Had a very warm meeting with Pope Francis. I had the opportunity to discuss a wide range of issues with him and also invited him to visit India. @Pontifex pic.twitter.com/QP0If1uJAC

Mr Modi’s hardline Hindu nationalist government was returned to power for a second term in 2019.

“Had a very warm meeting with Pope Francis,” Mr Modi tweeted. “I had the opportunity to discuss a wide range of issues with him and also invited him to visit India.”

Foreign ministry spokesman Arindam Bagchi tweeted that the invitation was to visit “at an early date”.

The Vatican’s official communique said only that Mr Modi’s visit with the Vatican’s secretary of state was brief and that “the cordial relations between the Holy See and India were discussed”.

It made no mention of the invitation or of the content of Mr Modi’s meeting with the pontiff.

Francis had hoped to visit India and Bangladesh in 2017. After negotiations with the Indian government dragged on, Francis went instead to Bangladesh and Myanmar.

Upon his return to Rome from that trip, Francis acknowledged he had wanted to go to India but that “procedures became protracted, and time was pressing”.

But he said it was actually “providential” because “visiting India requires one journey: you must go to the south, to the centre, to the east, to the west, to the north for the diverse cultures of India”.