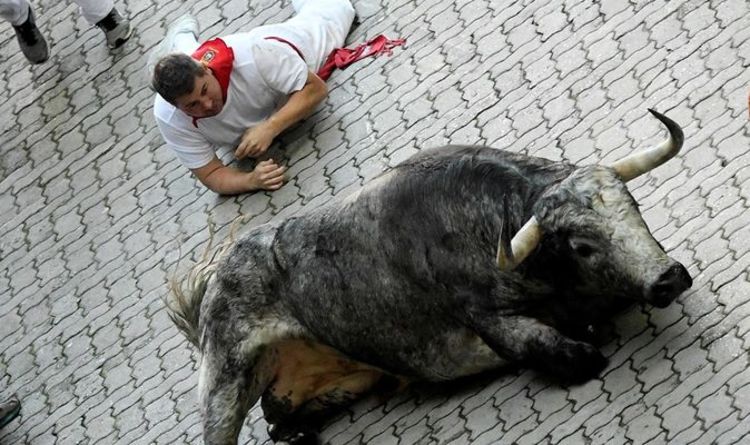 The event occurred in Onda, eastern Spain with witnesses claiming the man, 55, was attacked by a bull. The man suffered a wound to his left leg and head and bled to death from his injuries after the incident on Saturday, emergency services said.

Other eyewitnesses say participants at the festival had attempted to entice the bull away but to no avail.

The man’s death is the first such fatality in Spain since bull-running events resumed following the relaxation of coronavirus restrictions in the country.

It also comes following several incidents of serious injuries at bull-running festivals in the country.

In 2019, one man was gored and five others were injured in the famous Pamplona bull run, while 28 people were injured at the same event in 2018. 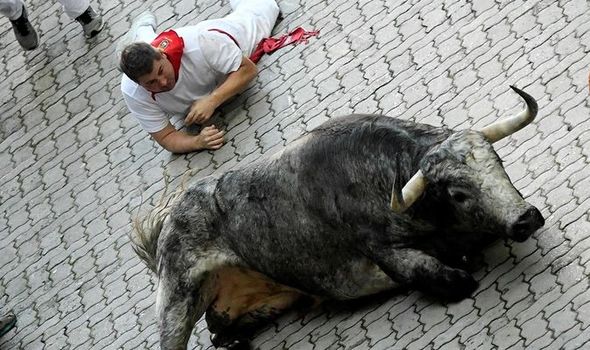 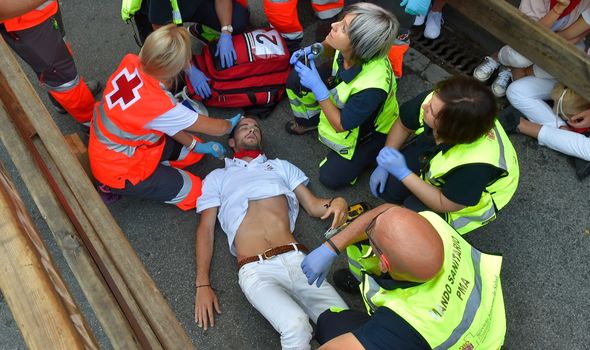 In 2015, a French tourist died after being gored during a festival in the town of Pedreguer, Alicante. 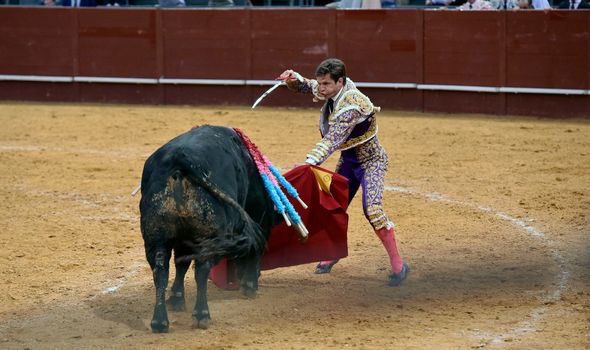 Animal rights group PETA has been vocal in abolishing the events with the group saying in a statement: “Each year, thousands of bulls are barbarically slaughtered in bullrings around the world.

“Over the centuries, bullfighters have found countless ways to rig the “fight” in their favour.

“Bulls have been weakened with drugs or by having sandbags dropped on their backs. 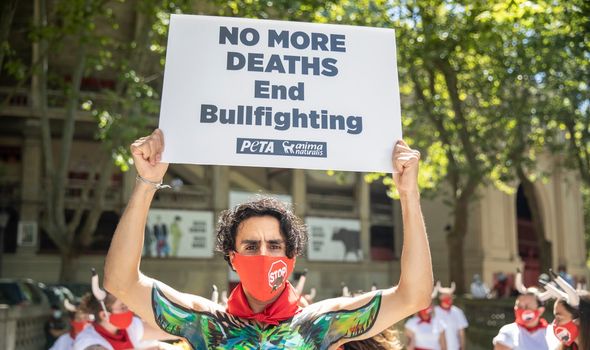 “Their horns have been shaved to keep them off-balance, or petroleum jelly has been rubbed into their eyes to impair their vision.”

They added: “During the daily runs, spectators and runners hit them with sticks and rolled-up newspapers.

“The panicked animals can lose their footing on the slippery cobblestone streets and crash into walls, risking breaking bones or otherwise injuring themselves.”