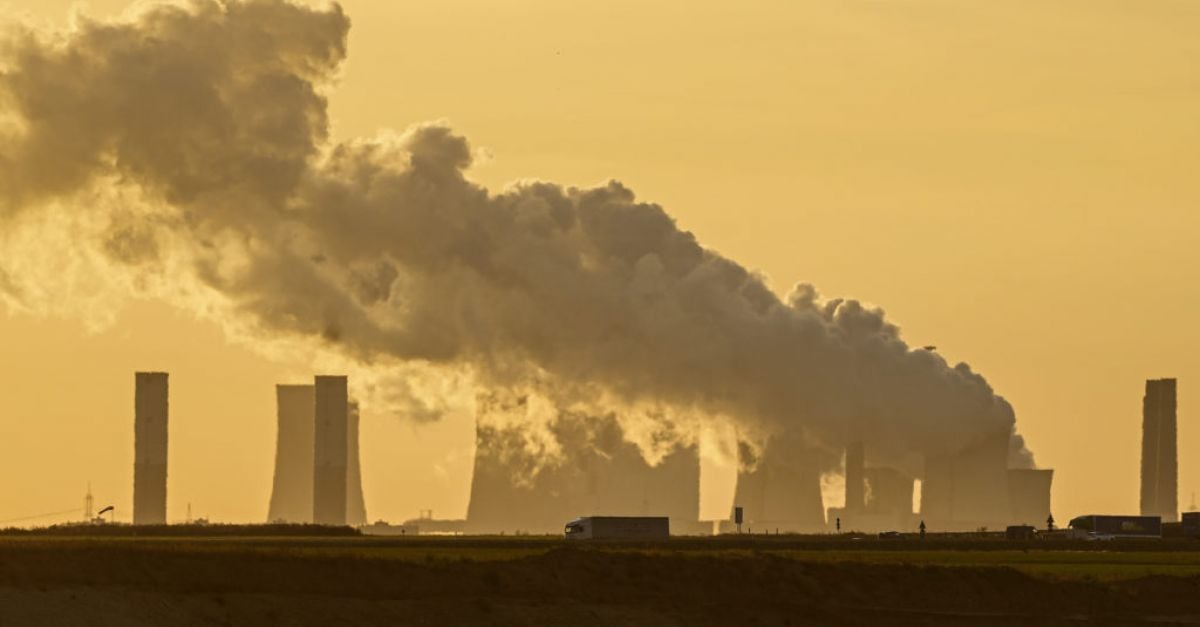 Leaders of the world’s biggest economies made a compromise commitment to reach carbon neutrality “by or around mid-century” as they wrapped up a two-day summit that was laying the groundwork for the UN climate conference in Glasgow, Scotland.

According to the final communique, the Group of 20 leaders also agreed to end public financing for coal-fired power generation abroad, but set no target for phasing out coal domestically, a clear nod to coal-dependent countries including China and India and a blow to Britain which had hoped for more solid commitments ahead of the Glasgow meeting.

The Group of 20 countries represent more than three-quarters of the world’s greenhouse gas emissions and summit host Italy had been looking for solid targets on how to reduce emissions while helping poor countries deal with the impact of rising temperatures.

Without them, momentum could be lost for the larger annual talks that officially opened Sunday in Glasgow and where countries from around the globe will be represented, including poor ones most vulnerable to rising seas, desertification and other effects.

Italian premier Mario Draghi told the leaders going into the final working session that they needed both to set long-term goals and make short-term changes to reach them.

“We must accelerate the phasing-out of coal and invest more in renewable energy,” he said.

“We also need to make sure that we use available resources wisely, which means that we should become able to adapt our technologies and also our lifestyles to this new world.”

According to the communique, the G20 reaffirmed past commitments by rich countries to mobilise 100 billion US dollars annually to help poorer countries cope with climate change, and committed to scaling up financing for helping them adapt.

The sticking point remained the deadline to reach carbon neutrality or “net zero” emissions, meaning a balance between greenhouse gases added to and removed from the atmosphere.

Going into the summit Italy had all-but conceded it would only be able to secure commitments to reach net-zero emissions “by mid-century”, rather than a specific year.

According to the final communique, the G20 leaders said they will “accelerate our actions across mitigation, adaptation and finance, acknowledging the key relevance of achieving global net zero greenhouse gas emissions or carbon neutrality by or around mid-century”.

A French official said “mid-century” meant 2050 in the strict sense “but given the diversity of the G20 countries … it means everyone agrees to a common goal while providing a bit of flexibility to take into account national diversity”.

Speaking on condition of anonymity, the French official cited top carbon polluters China and India, as well as Indonesia.

Some countries have set 2050 as their deadline for net zero emissions, while China, Russia and Saudi Arabia are aiming for 2060.

The future of coal, a key source of greenhouse gas emissions, has been one of the hardest things for the G20 to agree on.

At the Rome summit, leaders agreed to “put an end to the provision of international public finance for new unabated coal power generation abroad by the end of 2021.”

That refers to financial support for building coal plants abroad, something Western countries have been moving away from and major Asian economies are now doing the same: Chinese President Xi Jinping announced at the UN General Assembly last month that Beijing would stop funding such projects, and Japan and South Korea made similar commitments earlier in the year.

The failure of the G20 to set a target for phasing out domestic coal use was a blow to Britain, which had hoping there would be progress on the issue at Cop26.

The spokesman for Prime Minister Boris Johnson said the G20 communique “was never meant to be the main lever in order to secure commitments on climate change”, which would be hammered out at the Glasgow summit.

He said the U.K. would continue to push for “ambitious commitments” on coal.

Finally in Glasgow for the #COP26! And thank you for the very warm welcome…😅 pic.twitter.com/mK4vl7iTM1

Youth climate activists Greta Thunberg and Vanessa Nakate issued an open letter to the media as the G-20 was wrapping up, stressing three fundamental aspects of the climate crisis that often are downplayed: that time is running out, that any solution must provide justice to the people most affected by climate change, and that the biggest polluters often hide behind incomplete statistics about their true emissions.

“The climate crisis is only going to become more urgent.

“We can still avoid the worst consequences, we can still turn this around.

“But not if we continue like today,” they wrote, just weeks after Ms Thunberg shamed global leaders for their “blah blah blah” rhetoric during a youth climate summit in Milan.

The Prince of Wales addressed the G20 on Sunday morning and urged leaders to listen to young people who are inheriting the warming Earth, warning that “it is quite literally the last-chance saloon”.

Charles, a longtime environmental activist, said public-private partnerships were the only way to achieve the trillions of dollars in annual investment needed to transition to clean, sustainable energy sources that will mitigate the warming of global temperatures.

“It is impossible not to hear the despairing voices of young people who see you as the stewards of the planet, holding the viability of their future in your hands,” Charles said.