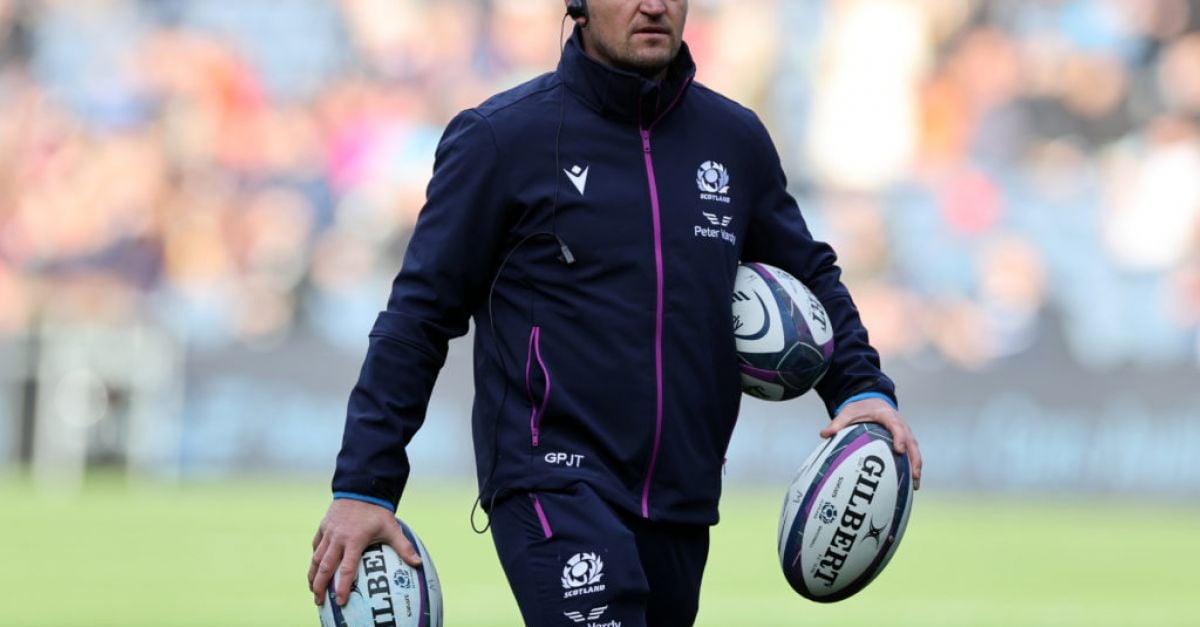 Gregor Townsend praised Kyle Steyn for becoming the first Scotland player ever to score four tries in a match at Murrayfield.

The 27-year-old Glasgow wing – in only his second appearance for his country – recorded a first-half hat-trick and then added his team’s 10th and final try right at the end of a resounding 60-14 victory over Tonga in the opening autumn Test.

It was the first game back in front of supporters for Scotland since the Six Nations victory over France in March 2020.

Coincidentally, that was the only other match in which Steyn had featured for the national team when he made his debut as a late substitute.

Highlights of our 60-14 win over Tonga at BT Murrayfield this afternoon.

Head coach Townsend said: “Kyle was involved the last time we had crowds here, against France in 2020. I think it was only seven minutes he got off the bench but he played really well. I remember a great tackle and a kick-chase.

“He was due to be on the bench the following week as we headed to Cardiff [game off due to Covid-19] and he’s never had the opportunity to get that second cap due to injury.

“So to be able to start, play well and set some records as well with his try-scoring is brilliant. I’m told four tries at Murrayfield is the highest there’s ever been.

“He’s a great guy to have in the squad, he works very hard, he’s very diligent and he’s come through some adversity to play for Scotland again.”

Townsend was pleased with the way Scotland – who started with four debutants – put Tonga to the sword with six tries in the first half and four more after the break.

He said: “I’m very pleased that players making their debut for their country did so in a winning performance and contributed to that performance.

“It was brilliant to be back at BT Murrayfield with crowds there for the first time in a long while. We get our energy off the crowds and we know we have four games at home so we have to capitalise on that.

“I felt we energised the crowd by the way we played. We aimed to play at speed and we did that in the first half. I thought Tonga played really well. We didn’t know what to expect from them but I felt when they had the ball they caused us problems so we’ll have a few things to work on this week.”

Steyn – who had never previously scored a senior hat-trick – was delighted to become a Scottish record-setter.

He said: “It’s incredibly special. Scottish rugby is steeped in so much history so to have even a tiny part in that history is pretty humbling.

“I’m absolutely buzzing. Just the whole day, the whole atmosphere about it was incredible.”

Steyn became the first player to score four tries in any match for Scotland since Gavin Hastings achieved the feat at the 1995 World Cup in South Africa.

“I had no idea (how long it was since a Scotland player scored four tries),” he said.

“Three of those tries were off set-piece plays where I get to dive over in the corner, and then for the other one, Blair (Kinghorn) puts in a cross-kick.”

A combination of a serious hamstring injury and matches called off due to Covid caused Steyn to have to wait more than 19 months between his debut and his second cap.

The South Africa-born player said: “At one stage I thought someone didn’t want me to get a second cap, maybe I’ll just stay on one and that will be me!”