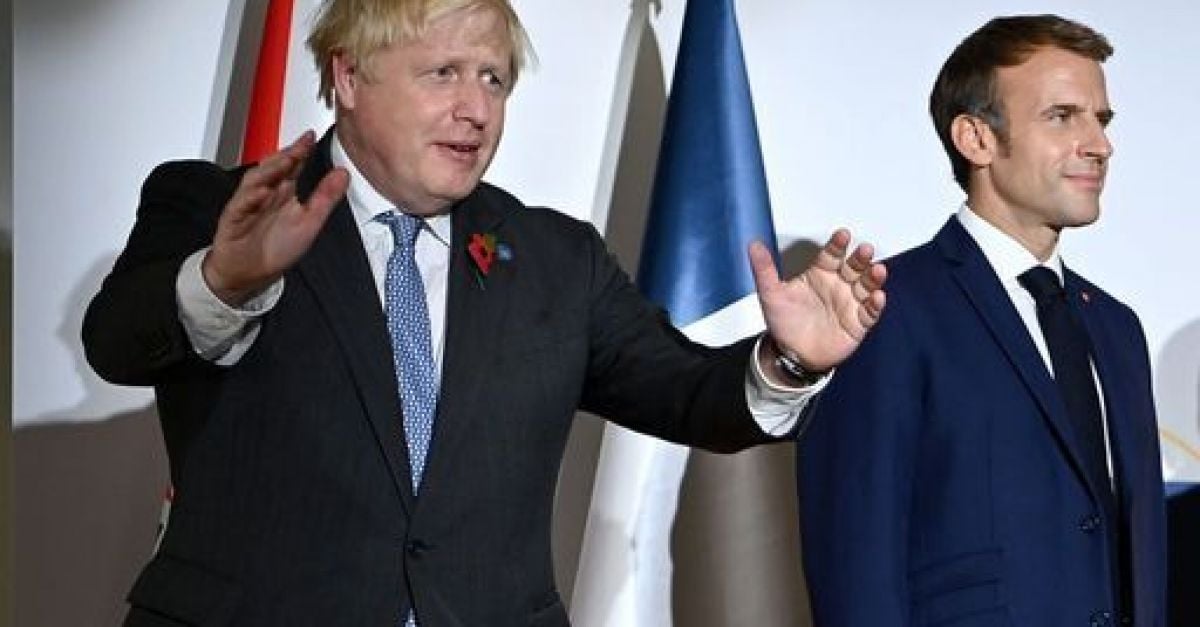 Britain and France clashed again over a post-Brexit fishing row on Sunday, with London calling on Paris to withdraw its threats and rejecting assertions there had been any agreement to try to cool an argument that could ultimately hurt trade.

The two sides painted different pictures of a meeting between British prime minister Boris Johnson and French president Emmanuel Macron on the sidelines of a G20 meeting in Rome, and there was little sign of the dispute being resolved.

After the meeting, a French official said the leaders had agreed to try to de-escalate the row. But Mr Johnson’s spokesman rejected that description and called on Paris to move first if Mr Macron did want to ease strained ties.

“It will be for the French to decide whether they want to step away from the threats they’ve made in recent days about breaching the Brexit agreement. That will be a matter for them,” Mr Johnson’s spokesman told reporters.

Relations with France have become increasingly strained since Britain voted to leave the EU in 2016. London’s recently struck security pact with the United States and Australia did little to build trust with Paris.

At the heart of the row is fishing, a topic which dogged Brexit talks for years not because of its economic importance but because of its huge political significance for both leaders. If not resolved, it could trigger the beginning of dispute measures in the Brexit trade deal as soon as next week.

Paris has said it could impose targeted measures from Tuesday, including heightening some checks, if the dispute is not resolved, which was triggered when France accused Britain of only issuing half the fishing licences it believes it is entitled to.

London rejects the accusation, saying it distributes licences to fish in its waters under the rules provided in the Brexit deal. The row intensified when the French detained a British scallop dredger this week.

Neither leader looks like breaking the deadlock, with both believing they are in the right, according to officials.

Mr Macron has questioned Britain’s credibility, while Britain’s Brexit minister, David Frost, called for an explanation of a letter that seemed to suggest France wanted the EU to punish Britain for leaving Brexit.

To de-escalate or not?

“The rhetoric emanating from the French government and the French prime minister that the UK should be punished for leaving the EU…that sort of rhetoric is not helpful,” Mr Johnson’s spokesman said.

His description of the meeting, which he called “constructive” in some areas, was at odds with that from a French official, who said the goal of the two leaders “was to work towards de-escalation”.

“We are giving ourselves the space for de-escalation in the coming hours.”

A French official did not directly comment on the conflicting accounts, only saying “there is joint work to be done, as we said this morning”.

Britain stepped up the war of words with France on Saturday, with Mr Johnson refusing to rule out triggering trade dispute action. Mr Frost criticised a suggestion by Paris that the EU should show there was “more damage to leaving the EU than to remaining there”.

The French official said Mr Macron told Mr Johnson he expected mutual respect and the two sides would have “exchanges” over the coming hours to work out ways to de-escalate the situation.

“We’ll see on November 2nd. We’re not there yet,” the official said.