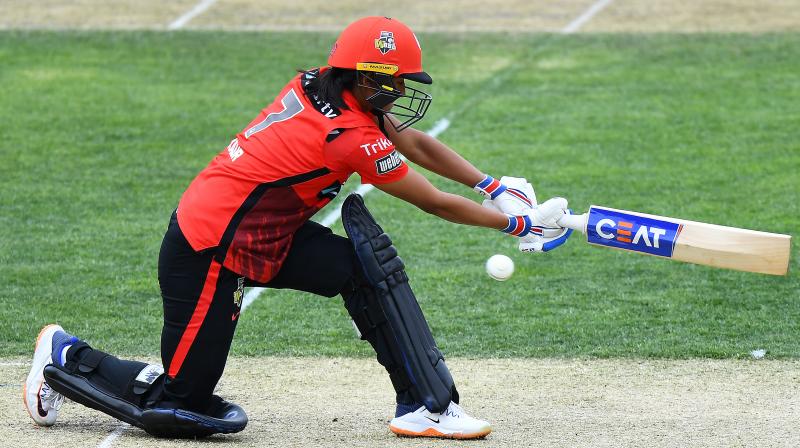 Harmanpreet first took a couple of wickets with her off-spin before smashing an unbeaten 73 off 46 balls as Melbourne Renegades defeated Adelaide Strikers by six wickets here.

Harmanpreet, who has struggled with fitness and form over the past 12 months, has been impressive in the WBBL.

India batter Jemimah Rodrigues scored a handy 27 off 16 balls for the Renegades.

In Launceston, Deepti starred in Sydney Thunder's 77-run win over Hobart Hurricanes. She scored 20 off 15 balls before producing a match-winning spell of three for 13 in four overs.

In the game between Perth Scorchers and Sydney Sixers, Shafali Verma, batting at number four, was run out for eight.