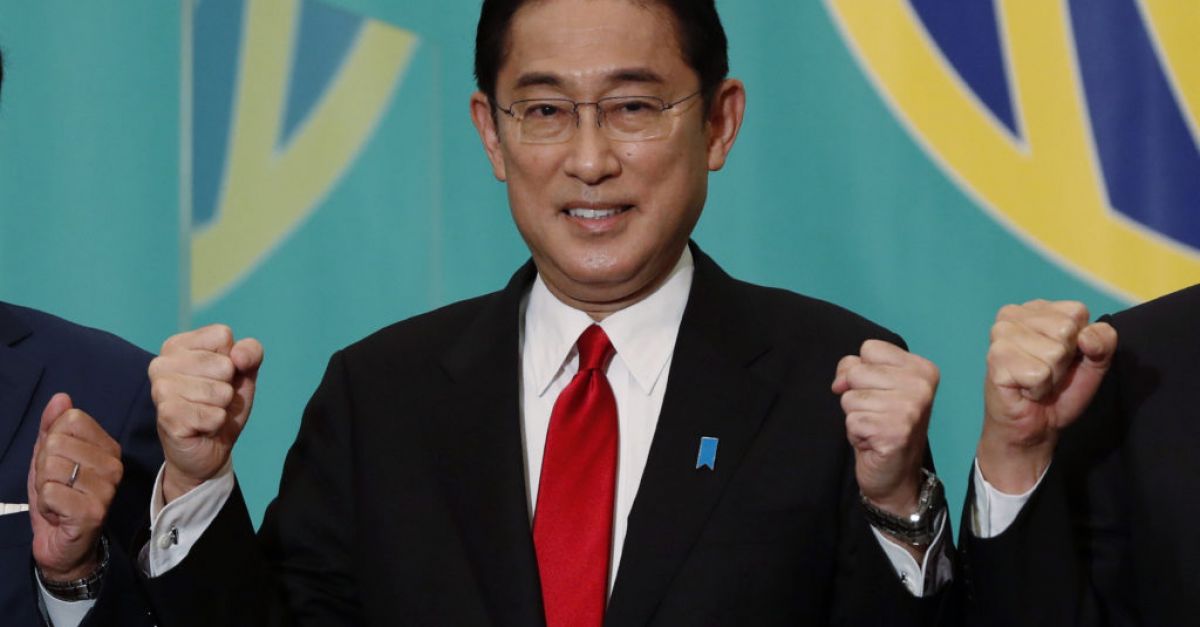 Kishida has pledged to compile a fresh stimulus package worth “several tens of trillion yen” to cushion the economic blow from the Covid-19 crisis, but so far offered few details including the exact size of spending and how to pay for it.

During the election campaign, he rebuffed opposition calls for even bigger spending and a cut to the sales tax on the view Japan must not lose sight of the need to rein in its huge public debt that has ballooned to twice the size of its economy.

With his Liberal Democratic Party (LDP) having maintained its single-party majority in the powerful lower house, Kishida will face less pressure to heed such calls, as well as a proposal by coalition partner Komeito for blanket cash payouts to families with children aged 18 or lower, analysts say.

“Japan may have suffered flat or slightly negative economic growth in July-September. As a political gesture, a spending package around 30 trillion yen (€226 billion) would suffice,” said Saisuke Sakai, senior economist at Mizuho Research and Technologies.

The big winner in the opposition was the Japan Innovation Party, which came in third in the lower house after the LDP and the opposition Constitutional Democratic Party of Japan with calls for more focus on deregulation than pork-barrel spending.

“The Innovation Party’s strong showing is a sign of the rising popularity of a small government,” said Yoshimasa Maruyama, chief market economist at SMBC Nikko Securities. “The Japanese public said no to excessive fiscal expansion.”

At a news conference on Monday, Kishida said he will compile the stimulus package in mid-November and aim to pass a supplementary budget through parliament by the end of this year.

“We’ll have to issue bonds to fund necessary emergency steps to help people’s livelihood,” Kishida said, without commenting on the size of spending or bond issuance.

Markets have roughly priced in 30 trillion yen as a ballpark size of the package, which may lead to issuance of fresh debt but not enough to jolt financial markets.

Kishida hopes to deliver the package in time to support an economy struggling to emerge from the pandemic-induced doldrums.

While state of emergency curbs were lifted on September 30th, consumption has yet to fire up. Supply constraints and rising input costs have disrupted factory output, weighing on the export-reliant economy.

Analysts polled by Reuters expect Japan’s economy to have grown an annualised 0.8% in the third quarter, before accelerating to 4.5% this quarter.

Sunday’s election did leave some scars. Several LDP executives lost seats, including secretary-general Akira Amari, who is among masterminds of Kishida’s growth strategy and a driver of the party’s focus on economic security.

While Amari still won proportional representation, domestic media have reported he would step down from the party post.

“The impact of Amari’s loss on economic security policy would be huge,” said Yasuhide Yajima, chief economist at NLI Research Institute. “Regardless of whether he stays on at his post or resigns, there would be uncertainty over the fate of the steps he tried to pursue. – Reuters