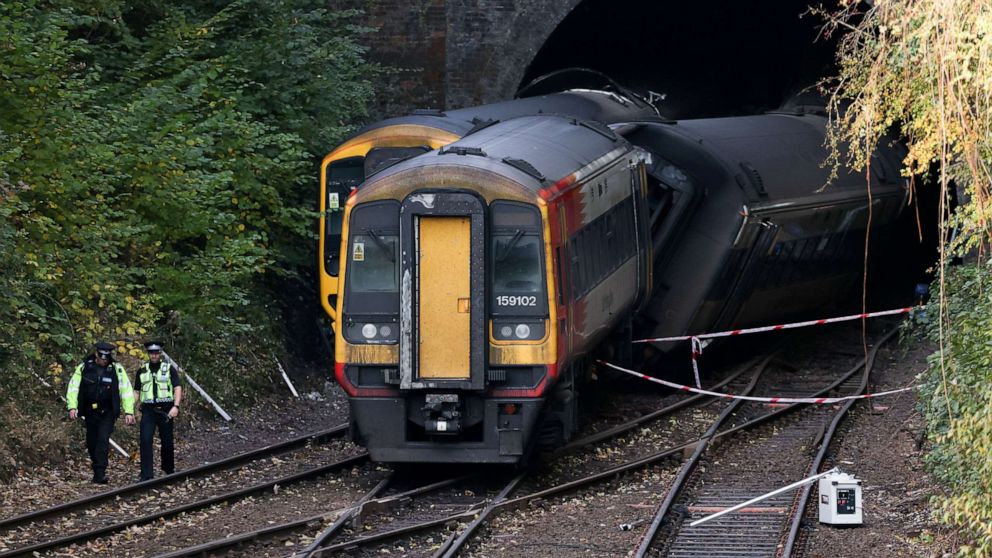 The Dorset & Wiltshire Fire Department described it on Twitter as a “major incident.”

The department also confirmed that around 50 firefighters are responding to the incident.

No deaths have been reported.

“Officers are continuing to respond to the incident at Fisherton Tunnel. A number of people have been injured, but thankfully no one has died,” British Transport Police tweeted. “Updates will continue to be shared here.”

The incident happened near the Salisbury station, according to the PA news agency. One of the trains was reportedly derailed after hitting an object, and was then struck by the second train, as signaling was affected.

“We are currently at the scene of a train crash involving two trains between Andover and Salisbury,” Wiltshire Police wrote on Twitter. “We are responding with the fire and ambulance service at the site close to London Road, Salisbury. Will update as soon as we have more information.”

This is a developing story, please check back for updates.