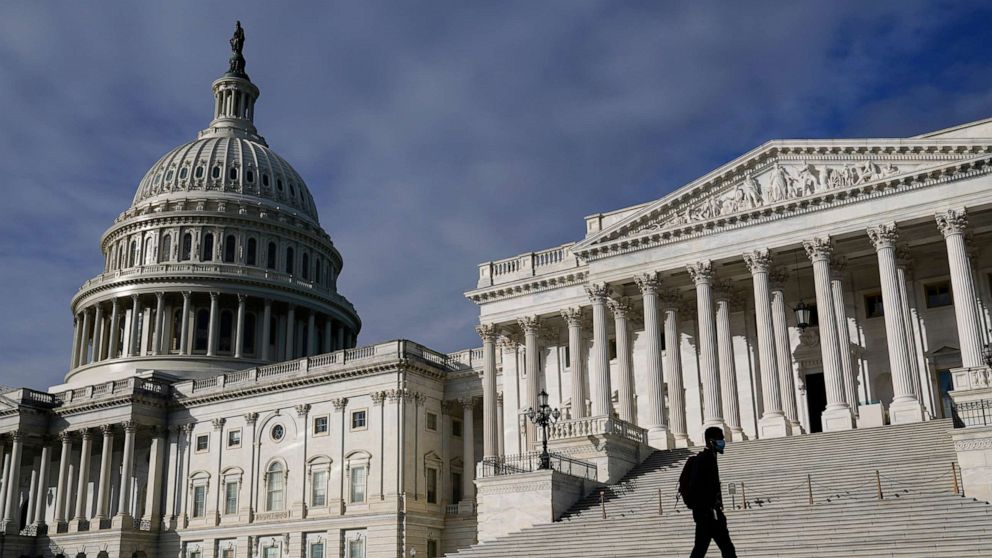 President Joe Biden leaves for a European trip and an international climate summit Thursday — a bit later in the day than planned — almost certainly without the big investment in climate initiatives he hoped would strengthen his hand on the world stage.

Back home, even as Democrats wrestle over how much to spend and how to navigate their own party politics, key lawmakers are hoping to force a turning point — and have industry executives in their sights.

For the first time, the House Oversight and Reform Committee will host the heads of the biggest oil companies — BP, Chevron, ExxonMobil, Shell — for a hearing on what the committee is calling a “long-running, industry-wide campaign to spread disinformation about the role of fossil fuels in causing global warming.”

Democrats behind the Thursday morning hearing are not being subtle about what they hope to get out of it.

“This could be the ‘Big Tobacco’ moment for ‘Big Oil,'” Rep. Ro Khanna, D-Calif., chairman of the environment subcommittee, told ABC News. “This will finally be a moment of accountability for an industry that is making trillions of dollars without taking concrete and meaningful action to prevent a climate catastrophe that is life or death for millions.”

It’s hard to imagine well-coached executives and other industry leaders walking into an is-nicotine-addictive-style trap. The companies have pledged to cooperate with the committee — at least for now — and will surely tout their investments in cleaner energy sources at a time when many Americans are more focused on gas prices than climate change.

Still, the hearing and the broader investigation by the committee could mark a significant moment for both the companies and for efforts to confront climate change. If nothing else, between the Glasgow summit and congressional wrangling, the issue of climate change is in the news.

Republican lawmakers in Texas are launching an investigation into the books in public school libraries.

The investigation is spearheaded by Texas Rep. Matt Krause, who is running for attorney general in the Lone Star State. Krause reportedly sent a letter with a 16-page list of books that contain the subjects of race, sexuality and gender identity.

The list includes titles from Black authors like “Between the World and Me” by Ta-Nehisi Coates and “The New Jim Crow: Mass Incarceration in the Age of Colorblindness” by Michelle Alexander. The letter asks school officials to disclose where books are located and the amount of money spent on them.

Pushback from teachers’ groups in the state has been swift.

“Rep. Krause’s letter demanding that school superintendents provide him with lists of books dealing with certain subjects on their school bookshelves is disturbing and political overreach into the classroom,” said Texas State Teachers Association President Ovidia Molina in a statement. She later added, “This is an obvious attack on diversity and an attempt to score political points at the expense of our children’s education. What will Rep. Krause propose next? Burning books he and a handful of parents find objectionable?”

The Texas controversy comes on the heels of Virginia’s Republican gubernatorial candidate Glenn Youngkin’s ad featuring a woman who tried to have Toni Morrison’s Pulitzer Prize-winning novel “Beloved” banned from her child’s school system. It’s a part of his push for “parental rights” in schools, though Youngkin’s campaign says he wouldn’t ban books as governor. His closing argument and stance in a culture war that extends beyond the commonwealth will be tested as Virginians head to the polls Tuesday.

A Pulitzer Prize-winning journalist left out any mention of political parties in his official foray into politics.

Former New York Times columnist Nicholas Kristof, known for his columns on foreign issues and human rights, announced a run for governor of Oregon on Wednesday morning, after departing the Times earlier this month.

“I’ve never run for political office in my life,” Kristof said in a campaign launch video. “But I have spent a lifetime shining a light in the darkest corners of the globe. It broke my heart when I returned from crises abroad, only to find crises here at home. And that’s why I’m running for governor.”

Kristof filed to run as a Democrat, but he does not say so in his campaign launch video or website. Portraying himself as a nonpartisan political outsider is a tactic that could play to the fact that Oregon’s cities lean Democratic, but other areas of the state lean Republican.

ABC News announced a month-long climate change coverage series spanning seven continents on the eve of world leaders gathering in Glasgow and joining forces to mitigate further damage from the climate crisis facing the world. ABC News will commit unprecedented resources, deploying anchors and correspondents worldwide from Louisiana and the Amazon to India and Antarctica, to cover the circumstances that have put millions of people at risk, as they struggle with rising sea levels, famine, weather threats and more, in search of answers to prevent the damaging consequences of inaction. “World News Tonight” anchor David Muir, the first American network journalist to get into Madagascar with the World Food Program, will lead coverage with his reporting from inside a country facing famine driven by climate change, for the network’s initiative, “Climate Crisis: Saving Tomorrow,” which will air across all ABC News programs and platforms beginning Nov. 1. Muir will also anchor from Glasgow, Scotland, the site of the 2021 United Nations Climate Change Conference (COP26), with on-the-ground reporting from chief White House correspondent Cecilia Vega and foreign correspondent Maggie Rulli beginning Oct. 31.

ABC News’ “Start Here” Podcast. Thursday morning’s episode begins with Democrats scrambling to make a deal on President Biden’s economic agenda and ABC News Senior Washington Reporter Devin Dwyer has the latest on what’s in, and what’s out. Then, ABC News’ Kaylee Hartung reports on what investigators are now saying about the fatal movie set shooting that killed cinematographer Halyna Hutchins. And, ABC News Transportation Correspondent Gio Benitez tells us about a new facial recognition system for some Delta Air Lines customers that could help long lines at airports. http://apple.co/2HPocUL