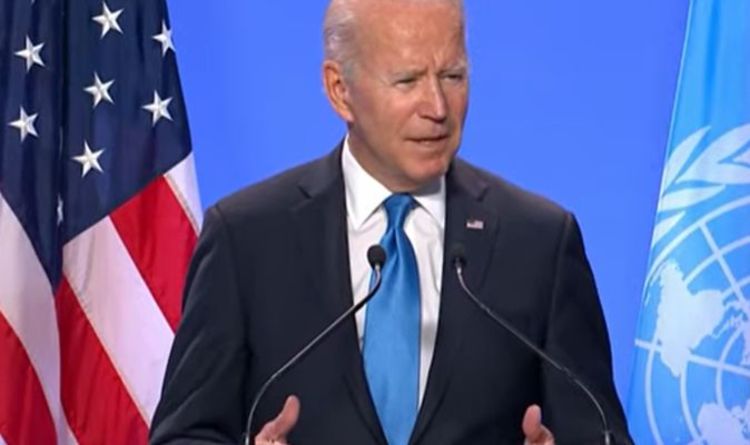 More than 100 world leaders will vow to end and reverse deforestation by 2030, in the first major COP26 deal to be announced on Tuesday. Among the signatures will be Brazil, a country long criticised on the international stage for cutting down vast swathes of their rainforest. Deforestation is a huge contributing factor to climate change because it destroys precious forests which absorb vast amounts of the warming gas CO2.

The groundbreaking deal includes £14billion of both public and private funds, some of which will go towards helping developing countries to restore damaged land, tackle wildfires and support indigenous communities.

However, climate change experts have warned a previous deal, signed in 2014 had failed to slow deforestation and sought a guarantee this pledge would be delivered on.

Mr Johnson is expected to say: “Today’s deal is a landmark agreement to protect and restore the Earth’s forests.

“These great teeming ecosystems – these cathedrals of nature – are the lungs of our planet.” 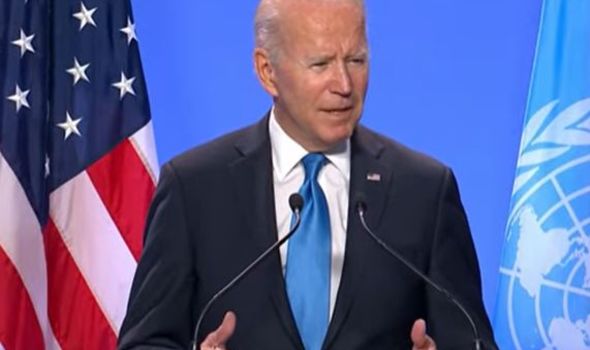 23 mins ago07:42Environment secretary doesn’t have an electric car or heat pump but does recycle

Environment Secretary George Eustice said he does not have an electric car or a heat pump at home, despite the Government advocating switching to green technologies.

Speaking to Sky News, he said: “I have got a small Mini that has a green mode on it but I don’t yet have an electric vehicle.”

Asked if he has a heat pump, he said: “No, I don’t have a heat pump at the moment but it’s certainly something that I would look at.

Asked what changes personally he has made to protect the environment, Mr Eustice said: “I try to pay attention to the dividing of waste and making sure we recycle as much as possible.

“I’m going to be going to COP by train and whenever I travel to the constituency I generally do so by train.”

Professor Simon Lewis, an expert on climate and forests at University College London, welcomed the commitment but warned similar pledges have proved fruitless.

Speaking to the BBC, he said: “It is good news to have a political commitment to end deforestation from so many countries, and significant funding to move forward on that journey.

“We have been here before with a declaration in 2014 in New York which failed to slow deforestation at all”.