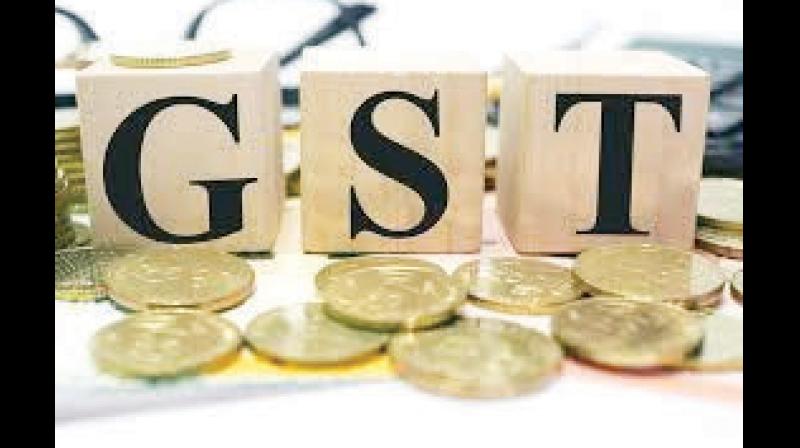 New Delhi: India's Goods and Services Tax (GST) collection surged to Rs 1.30 lakh crore in October, the second highest since its implementation in July 2017, indicating economic recovery from the COVID-19 pandemic and impact of festive demand, a finance ministry statement said on Monday.

The highest GST collection of Rs 1.41 lakh crore was recorded in April 2021.

This is the fourth time in a row when the GST collection was upwards of Rs 1 lakh crore. The collection from GST was Rs 1.17 lakh crore in September, 2021.

Tax collections last month on goods sold and services rendered was 24 per cent higher than in October 2020, and up 36 per cent over 2019-20.

The increase is very much in line with the trend in economic recovery and this is also evident from the trend in the e-way bills generated every month since the second wave.

The revenues would have still been higher if the sales of cars and other products had not been affected on account of disruption in supply of semiconductors, it added.

The statement further stated that the revenues have also been aided due to the efforts of the State and Central tax administration resulting in increased compliance over previous months.

In addition, it said, the action against individual tax evaders is a result of the multipronged approach followed by the GST Council.

On one hand, it said, various measures have been taken to ease compliance like nil filing through SMS, enabling Quarterly Return Monthly Payment (QRMP) system and auto-population of return.

On the other hand, the Council has also taken various steps to discourage non-compliant behaviour, like blocking of e-way bills for non-filing of returns, system-based suspension of registration of taxpayers who have failed to file six returns in a row and blocking of credit for return defaulters.

During the past one year, it said, GSTN has augmented the system capacity considerably to improve user experience.

With more and more taxpayers filing the returns every month, the percentage of returns of the old period filed in any month has been increasing continuously.

Overall, the impact of various efforts taken by the government has ensured increased compliance and higher revenues, the statement noted.

As a part of overall efforts to plug evasion, more steps to restrict fake ITC are under consideration of the GST Council.