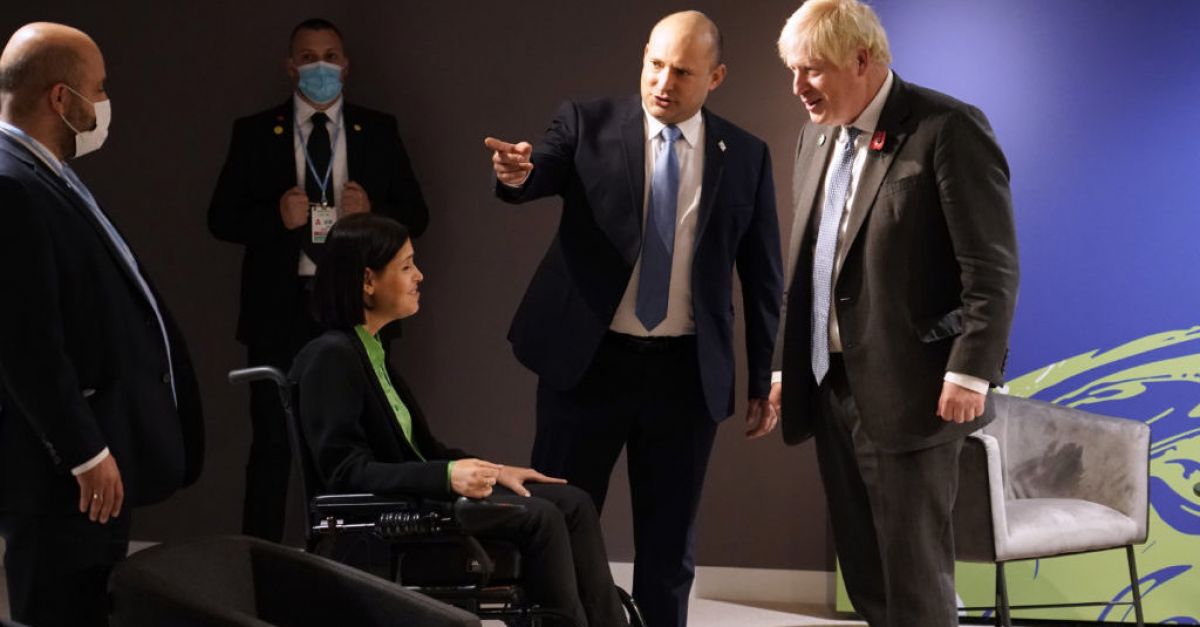 An Israeli government minister has received an apology from organisers of Cop26 and Boris Johnson after she could not attend the summit on Monday due to a lack of wheelchair accessibility.

Karine Elharrar, minister of energy, criticised organisers of the global conference on Twitter after failing to get access to the campus on its opening day.

She wrote: “To Cop26 I came to meet with my counterparts around the world and promote a joint fight against the climate crisis.

“It is sad that the UN, which promotes accessibility for people with disabilities, in 2021, does not take care of accessibility at its events.

Regarding Minister Elharrar’s experience at the entry point yesterday, this was a genuine mistake and we have apologised for that. We are pleased to see her in attendance at COP26 today.#COP26 must be inclusive and accessible to all and the venue is designed to facilitate that.

“I hope that the lessons required to be learned tomorrow to promote green energies, remove barriers and energy efficiency will be the things I deal with.”

The minister told Israel’s Channel 12 that she was given the option of walking on foot for several hundred yards or to board a shuttle which was not wheelchair accessible.

On Tuesday, Cop26 apologised for the incident.

It posted on Twitter: “Regarding minister Elharrar’s experience at the entry point yesterday, this was a genuine mistake, and we have apologised for that.

“We are pleased to see her in attendance at Cop26 today.

“Cop26 must be inclusive and accessible to all and the venue is designed to facilitate that.”

Mr Johnson met with Ms Elharrar inside the Cop26 venue on Tuesday and apologised.

He said: “I gather there was some confusion with the arrangements yesterday. I’m very, very sorry about that.”

“What would normally happen in this situation is that Israel would have communicated that they had that particular need for their minister.

“There was obviously something that went wrong in this instance and (the organisers) weren’t aware of that, and so they hadn’t made the right provisions at the particular entrance she was coming to.

“It’s deeply regrettable, and we’ve apologised, and I know James Cleverly, my colleague in Government, is going to be meeting her later.”