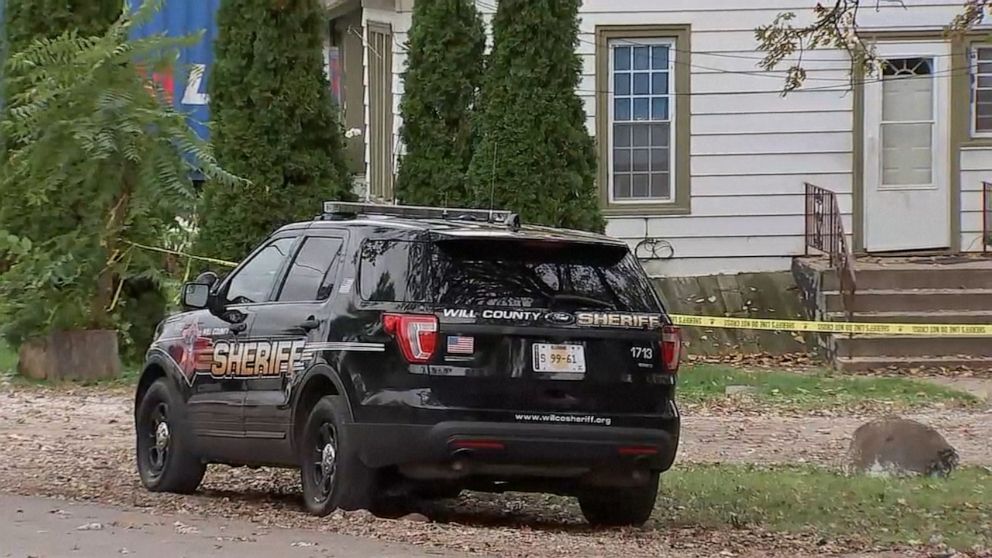 Two people were killed and four were hospitalized with life-threatening injuries after gunfire erupted at a Halloween party in Illinois early Sunday morning, police said.

At least a dozen people were shot at the party on Jackson Street in Joliet Township, the Will County Illinois Sheriff’s Office said. The incident took place around 12:39 a.m. at the backyard of a house where 200 people had gathered to celebrate Halloween.

The deadly shooting took place outside the residence, near a DJ booth that was set up in the backyard, according to police.

The shots came “from an elevated position on a porch looking down over the crowd,” the sheriff’s office said.

“Everyone was there having fun, and all of a sudden as we’re dancing on the back patio, shots started going off from the porch,” a witness told ABC’s Chicago affiliate, WLS.

A patrol officer who was nearby responded to the gunshots, and soon, other officers and first responders arrived, the sheriff’s office said.

While first responders were assisting victims, they heard additional shots in the area, according to investigators.

The two deceased victims, who haven’t been immediately identified, died at the scene, police said.

The investigation is ongoing but the police said witnesses described at least two shooters.

Anyone with information, cellphone pictures or video of the party or potential suspect information is urged to contact the Will County Sheriff’s Office at 815-727-8574, extension 4930.