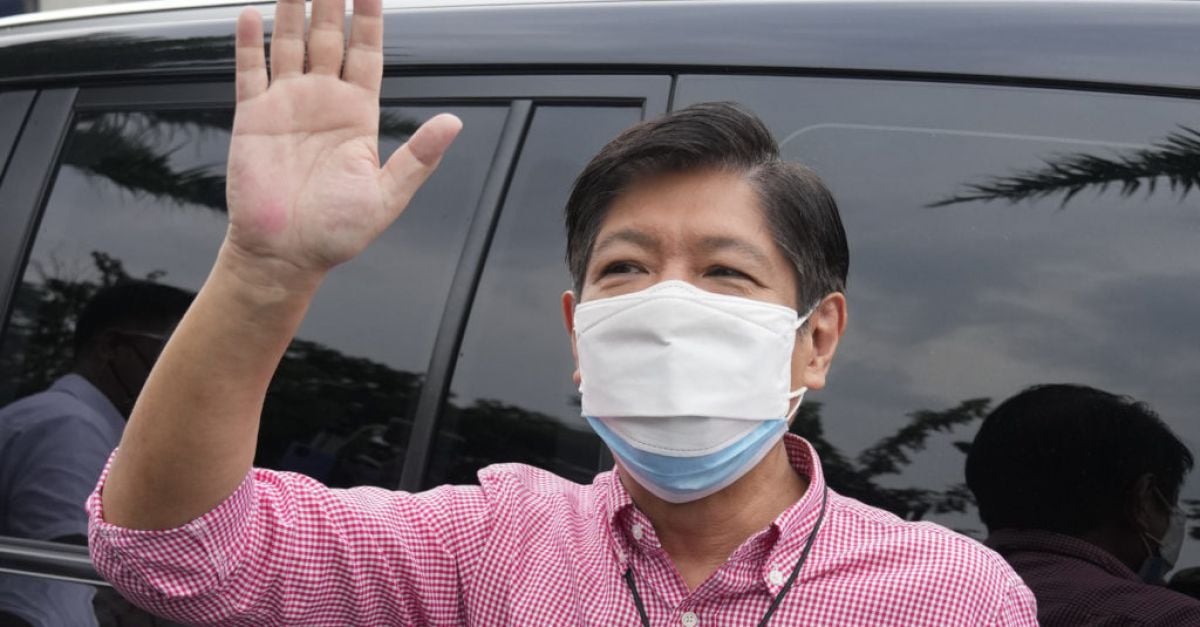 Human rights groups have asked Philippine election commissioners to disqualify the son and namesake of late dictator Ferdinand Marcos from running for president next year.

They said Ferdinand “Bongbong” Marcos Jr has been convicted of tax evasion, can no longer hold public office and has kept the damaging details from the public.

Mr Marcos Jr’s spokesman, Victor Rodriguez, called the activists’ petition “propaganda” and said they would address “this predictable nuisance” when they receive a formal copy of it.

The issue, which should be resolved by elections commissioners before the May 9 vote, could spark a legal battle that could go all the way to the Supreme Court.

Mr Marcos Jr registered his candidacy early last month, angering activists who recalled the widespread human rights atrocities and plunder that marked the martial law era under his father, who was toppled in an army-backed “people power” revolt in 1986.

The ousted president died in exile in Hawaii three years later without admitting any wrongdoing, including accusations that he and his family amassed an estimated five to 10 billion dollars (£3.6 to £7.3 billion) while he was in power.

Mr Marcos Jr, 64, has called the allegations against his father “lies”.

At least six groups of petitioners asked the elections commission to either cancel or reject Mr Marcos’ candidacy because of “false material representation” for declaring his eligibility to run despite his 1995 tax evasion conviction.

“Petitioners claim that Marcos is not eligible to run for any public office as he is, plainly, a convicted criminal,” the groups said in their joint petition.

His declaration of eligibility to seek public office “was made with the deliberate intent to mislead, misinform and deceive the electorate”.

Mr Marcos Jr was convicted in July 1995 of failing to file mandatory income tax returns from 1982 to 1985, a decision which was upheld by Manila’s court of appeals.

The conviction became final in 2001, when he withdrew his appeal before the supreme court, making him ineligible to hold any public office under the law, according to the petitioners and their lawyer, Theodore Te.

It is unclear how Mr Marcos Jr managed to stay as governor of northern Ilocos Norte province until 2007, unless his conviction was overlooked by the government or nobody challenged it.

In 2010, he successfully ran for a senate seat, and in 2016, he sought the vice presidency but was narrowly defeated before unsuccessfully challenging the results.

The petitioners also accused Mr Marcos Jr and his family of failing to pay estate taxes with penalties and interests of more than 203 billion pesos (£2.9 billion) following his father’s death in 1989 in Hawaii, despite repeated government demands.

The crime involved “moral turpitude,” which should be another reason for him to be barred from any government post, the petitioners said.

The late Ferdinand Marcos’s widow, Imelda Marcos, and her children were allowed to return to the Philippines in 1991, and have since made a political comeback, winning seats in Congress and powerful provincial posts and laying the ground for a return to the presidential palace and the top job they felt was stolen from them.

Mr Marcos Jr is one of at least five key candidates who have declared their intention to succeed president Rodrigo Duterte, who has been criticised by human rights groups himself for a brutal crackdown on illegal drugs that has left thousands of suspects dead.

She has criticised him for his refusal to apologise and express remorse for the massive abuses under his father’s brutal dictatorship.