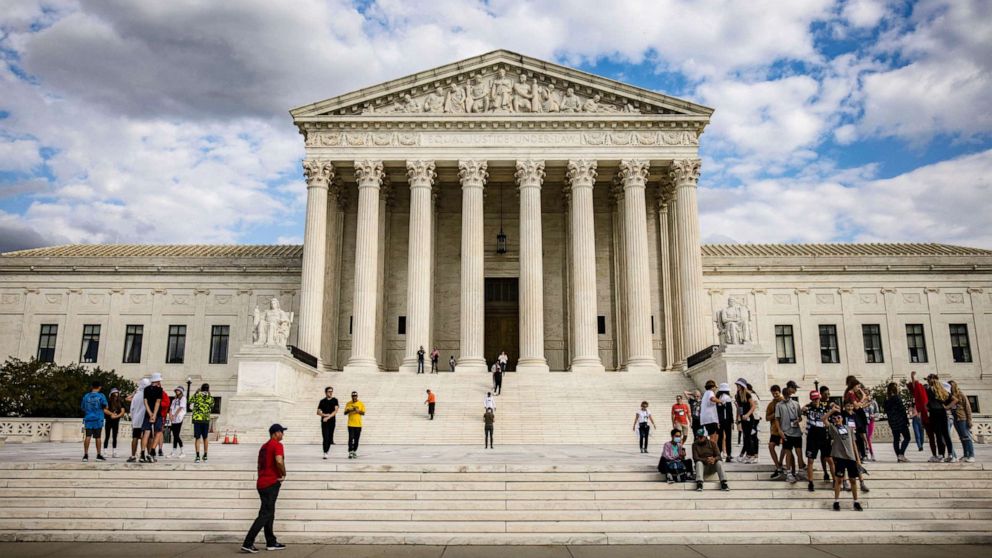 Exactly two months after allowing Texas to impose a near-total ban on abortions, the U.S. Supreme Court on Monday was taking a closer look at the groundbreaking state law deliberately designed by its sponsors to evade constitutional review in federal court.

SB8, which outlaws most abortions after six weeks of pregnancy, has succeeded — at least temporarily — because it is enforced through an unprecedented scheme that deputizes private citizens to bring lawsuits against anyone who “aids or abets” an unlawful abortion.

The arrangement has made it difficult for abortion clinics, patients and their advocates to preemptively show concrete harm in court and identify whom, specifically, a court should enjoin from bringing lawsuits.

During two hours of scheduled oral arguments, which were livestreamed to the public, the justices were expected to examine whether abortion rights advocates and the federal government have the ability to sue Texas over the law given the way it’s designed.

State officials insist they have no role in implementation of the law and therefore cannot be targeted in court. They also claim that it does not impose an “undue burden” on women seeking abortion care, since they are still free to do so up to six weeks of pregnancy and can freely travel out of state to seek services elsewhere.

Texas abortion providers argue SB8 has had a chilling effect on clinics and imposed irreversible harm on women patients, many of whom don’t have the financial means to travel long distances to seek abortions. They also warn that if the law stands, copycat bills in other states could threaten other constitutionally-protected rights without any chance of legal recourse.

The Justice Department, which filed suit in a separate case against the law this fall, said the federal government has also been directly harmed by the law and has a responsibility to defend the rights of all citizens from plainly unconstitutional state laws under the Supremacy Clause.

SB8 will remain in effect across Texas until the Supreme Court rules. The court’s decision to expedite the case demonstrates rare speed not seen since the Bush v. Gore case in 2000; a ruling is widely expected before the end of the year.

The design of SB8 makes it unique from similar pre-viability abortion bans enacted by other states for which enforcement is handled by state officials; those have all been subsequently blocked by federal courts.

A majority of Supreme Court justices in early September said “complex and novel antecedent procedural questions” made it difficult to intervene in the Texas case, even though “serious questions” about the law’s constitutionality exist.

Longstanding precedent clearly renders the six-week abortion ban unconstitutional. The scope of abortion rights in America are not directly under review by the court in the Texas cases, but the justices are scheduled to revisit Roe v. Wade in a separate case from Mississippi set for December.