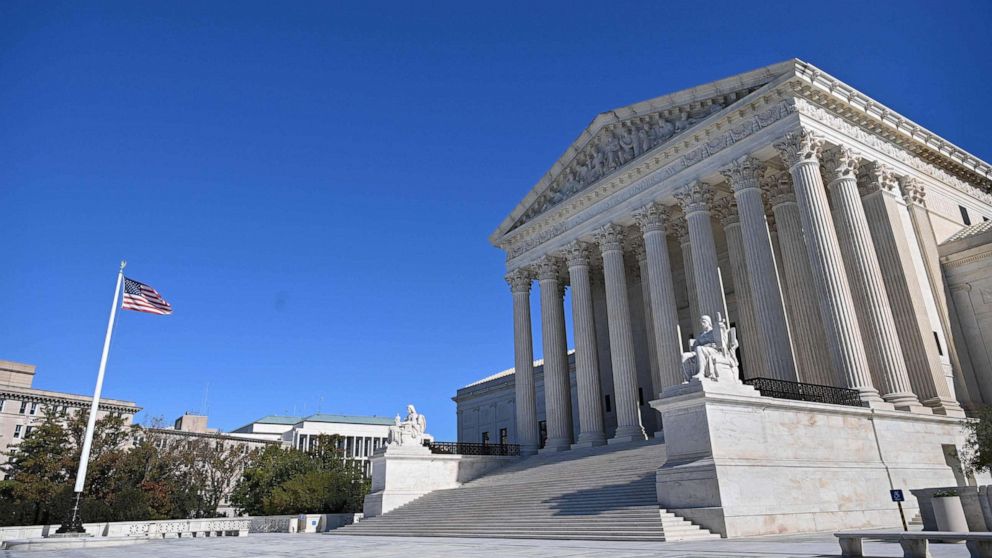 Two months to the day after allowing Texas to impose a near-total ban on abortions, the Supreme Court on Monday was openly skeptical of state law SB8 over concerns about its unprecedented enforcement mechanism and what it could mean for other state attempts to limit constitutional rights.

The Texas law, which bans abortions after six weeks of pregnancy, delegates enforcement to everyday citizens — rather than state officials — who can file civil lawsuits against anyone who “aids or abets” an unlawful procedure. Its state sponsors deliberately intended to circumvent federal court review, knowing that such a ban on its face violates constitutionally-protected abortion rights.

A majority of justices, during the more than three hours of oral arguments on Monday, signaled that Texas abortion providers have a strong case for asking federal courts to put SB8 on hold.

Kavanaugh and Justice Amy Coney Barrett, who both voted in September with the five-justice majority allowing SB8 to take effect, voiced particular discomfort with the idea that a state could outsource enforcement of a law to citizens in an attempt to circumvent precedent.

“So the question becomes, should we extend the principle of Ex parte Young to, in essence, close that loophole?” Kavanaugh said. He added that the “whole sweep” of the case suggested such an outcome.

“I think there is language in Ex parte Young that favors you,” Barrett told the abortion providers’ attorney Marc Hearron.

It was not clear how quickly the Supreme Court will hand down a decision in the case. Clinics across Texas have said they have discontinued most abortion care services while the legal battle plays out.

If the justices side with the Texas abortion providers, they could return the case to a federal district court for proceedings, or the court itself could issue an order blocking SB8 as litigation continues.

Texas Solicitor General Judd Stone insisted that state officials have nothing to do with SB8 enforcement and that state courts are the proper venues to litigate challenges to SB8 on a case by case, plaintiff by plaintiff, basis. Fourteen state suits are underway. Those individual cases could ultimately end up in federal court, Stone said.

Justice Elena Kagan took direct aim at Texas’ argument, warning that allowing the state’s scheme to stand would be an open invitation to other states to circumvent other disfavored constitutional rights.

“Essentially, we would be like, you know, we are open, you are open for business. There’s nothing the Supreme Court can do about it. Guns, same-sex marriage, religious rights, whatever you don’t like, go ahead,” she said.

Chief Justice John Roberts raised concerns about the inability of citizens to preemptively defend their constitutional rights because the Texas law doesn’t have a clear enforcer until an individual claim is made.

“It’s a question of anybody having the capacity or ability to go to the federal court because nobody is going to risk violating the statute because they’ll be subject to suit for [a significant financial sum]. That — that takes a lot of fortitude to undertake the prohibited conduct in that case. And under the system, it is only by undertaking the prohibited conduct that you can get into federal court,” Roberts said.

While many justices did appear open to federal curbs on SB8, there was no clear consensus on who their opinion should target or who a federal court could enjoin.

“What relief are you requesting?” Kagan asked Hearron.

“We are requesting an… injunction against the commencement or the docketing of lawsuits against the [state court] clerks across the State of Texas, as well as injunctive relief against the state executive officials for their residual authority to enforce SB8,” Hearron replied.

Several justices seemed disinclined to enjoin judges or clerks from simply doing their jobs, which are not inherently adversarial.

Justice Sonia Sotomayor suggested that issuing an injunction against the attorney general of Texas could effectively cover all citizens who might bring lawsuits under SB8. They are “acting in concert” with the state, Sotomayor insisted.

“Why wouldn’t these private individuals be considered private attorneys generals?” Justice Clarence Thomas said. “One thing that seems rather implicit on the other side is that they are in effect, if not in designation by law, attorneys generals because they are enforcing a statewide policy.”

U.S. Solicitor General Elizabeth Prelogar said a federal court could target any “potential private plaintiffs” in Texas. “The state incentivizes their conduct,” she said. “No constitutional right is safe” if such a model is allowed to stand.

The implications for other constitutional rights and for Supreme Court precedents and authority were of particular concern to Kavanaugh, who could play a decisive role in disposition of SB8.

He cited free speech rights, freedom of religion, and Second Amendment rights, as potentially under threat, referring to an amicus brief filed by a conservative firearms group worried about a decision upholding SB8.

“The theory of the amicus brief is that it can be easily replicated in other states that disfavor other constitutional rights,” Kavanaugh said.

The justices seemed broadly disengaged with arguments by the Biden administration — in a separate challenge to SB8 argued Monday — that the federal government has sweeping ability to challenge a discriminatory state law in federal court.

“Is there any instance in which the U.S. can do what it’s doing now?” questioned Thomas.

The court is expected to issue an expedited decision in the coming days or weeks.