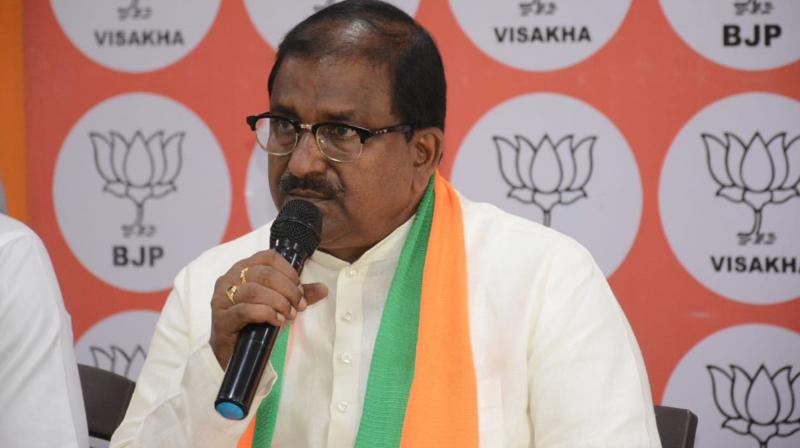 Tirupati: Despite the defeat in the Badvel Assembly byelection with a massive margin, the BJP has reasons to cheer. Its leaders took to the social media to celebrate the results, saying the party has increased its vote share, compared to the 2019 state elections.

“In 2019, BJP got 735 votes in Badvel and today we got 21,638 in spite of massive impersonations and rigging by the ruling YCP. This result is a new milestone in the BJP’s growth trajectory in AP,” BJP national secretary and co-in-charge for AP Sunil Deodhar stated on Twitter. He thanked the voters and the Jana Sena for their support to the BJP.

In the 2019 assembly elections, the BJP, which contested alone, secured only 675 votes – 0.47 per cent of the total votes. While the Jana Sena backed the BJP, the saffron party left no stone unturned this time and kept leveling serious charges against both the YSRC and the TD.

“Remarkable rise in vote share for BJP in Badvel. Laudable efforts by karyakartas under the able leadership of Somu Veerraju. BJP will soon emerge as a force to reckon with in AP. We will continue to fight for people and seek accountability from the Jagan government”, Tweeted V. Muraleedharan, Union minister of state for external affairs.

Political analysts point out that the increase in the vote share of the BJP was mainly due to its electoral alliance with the regional Jana Sena. “JS did not contest the 2019 assembly election in Badvel. Its alliance partner BSP contested and got 1,321 votes. As the TD didn’t contest this by-poll, its vote share might have gone to the BJP-JS alliance. Effectively, the BJP-JS has managed to improve its vote share,” observed Achari Gnaneswar, a political analist from Tirupati.