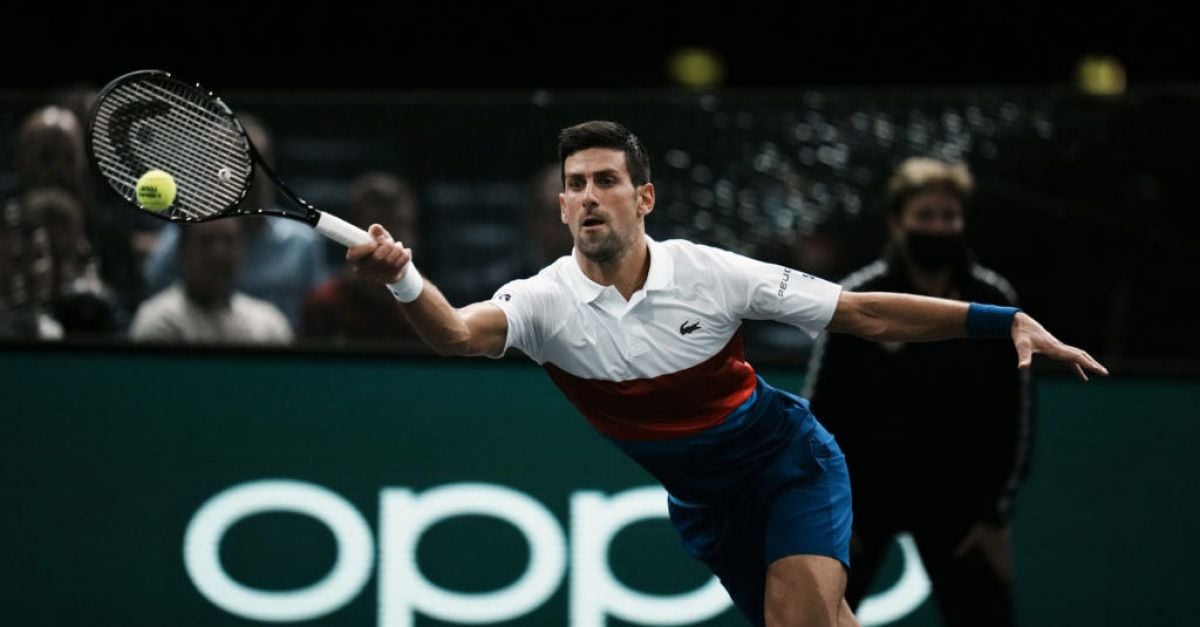 Novak Djokovic was victorious on his return to action at the Rolex Paris Masters but was made to work hard by Marton Fucsovics.

Djokovic took a break to recharge his batteries after seeing his calendar Grand Slam dreams ended by a US Open final loss to Daniil Medvedev in September.

He showed no signs of rust in the first set against Fucsovics but the Hungarian, ranked 40th, responded well, holding onto an early break in the second to level the match.

In his first match since the #USOpen, @DjokerNole defeats Fucsovics 6-2, 4-6, 6-3 to reach R3 at the #RolexParisMasters 👏 pic.twitter.com/YML5ZduiId

There were a few uncharacteristic errors in the third set from the world number one but he got the better of three straight breaks of serve and wrapped up a 6-2 4-6 6-3 victory.

Diego Schwartzman needed treatment for cuts and splinters to his hands from his own smashed racket during a feisty contest against Australia’s John Millman but the 11th seed eventually came through 7-6 (2) 5-7 6-2.

Three-set matches were the order of the day and two more saw home favourite Gael Monfils come from behind to beat Miomir Kecmanovic and Grigor Dimitrov see off another French veteran, Richard Gasquet.

Next round in Paris…

Meanwhile, Dominic Thiem announced he is intending to make his return to action at an exhibition event in Abu Dhabi next month.

The former US Open champion has been sidelined since before Wimbledon with a wrist injury but has stepped up his recovery.

Thiem wrote on social media: “I am very happy to announce that my recovery is going well. The MRI I did today showed that my wrist injury has improved significantly.

“A couple of weeks ago I started playing with soft balls and was able to switch to normal tennis balls during yesterday’s practice session. My team and I strongly believe that I’ll be ready to make my comeback to competition later this year.

“I’ll be returning to competition in December and will be playing the MWTC 2021 in Abu Dhabi – with the objective to return to the tour for the 2022 Australian Open.”

Thiem also revealed that he has now been vaccinated after being refused entry to last week’s ATP tournament in Vienna as a spectator because of his unvaccinated status.