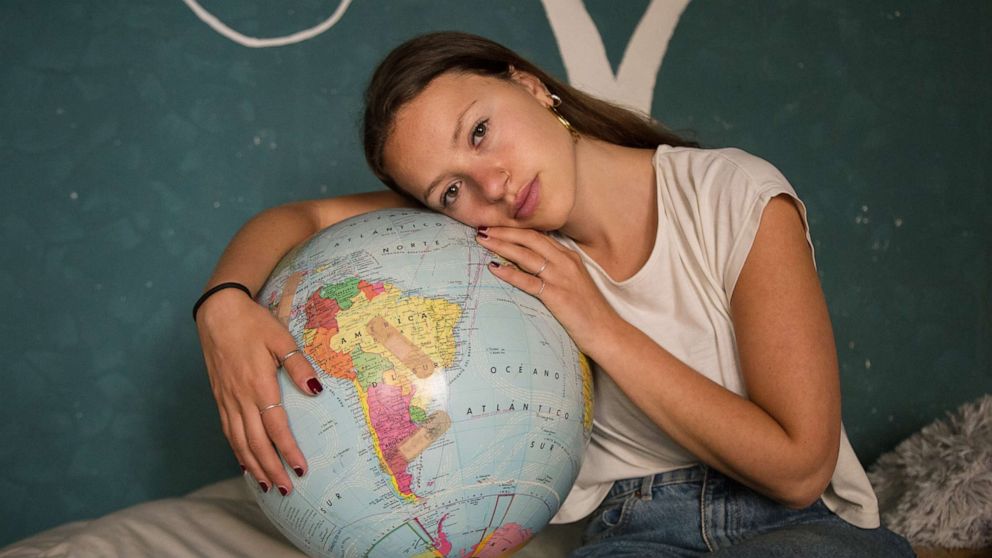 Young people are taking climate action into their own hands as distrust over lawmakers’ ability to tackle global warming continues to grow.

Children and young adults are experiencing “widespread” psychological distress over government handling of the looming climate crisis, according to a recent study published in Lancet Planetary Health.

“Kids are very media savvy. They’re not living in a cave,” Lisa Van Susteren, a general and forensic psychiatrist and co-author of the study, told ABC News. “They have heard about what the future looks like. They’ve heard the warnings.”

Younger generations around the world began mobilizing on a large scale on Sept. 20, 2019, when they were encouraged to miss a day of school to participate in the global climate strike.

Despite the COVID-19 pandemic, the movement among young people has only surged. And now, in the middle of the 2021 United Nations Climate Change Conference, the youngest activists are among the loudest voices to hold world leaders accountable in preventing the worsening effects of climate change.

Here are some of the young voices of climate change:

Buenos Aires native Nicki Becker, co-founder of Jovenes Por El Clima and a UNICEF Argentina youth advocate, knew she had to educate her fellow Argentinian citizens on global warming in 2019 after she saw young people from all over the world demonstrating and realized no one around her was talking about the issue.

“The first thing that I thought was, ‘Why are young people like me talking about this, when in my country, nobody talked about the climate crisis?” Becker told ABC News upon arriving in the United Kingdom for COP26.

Becker had never studied global warming in school and used to think the climate crisis was just about polar bears, oceans and weather, she said.

“But when I realized that it was not about that, but it’s about our present and our future of our generation, I needed to do something,” she said.

Along with some friends, Becker founded Jovenes Por El Clima, which translates to “Youth For The Climate,” the first nonprofit organization in Argentina that educates young people on the effects of the climate crisis.

Becker said she finds it “so weird” that climate change is not part of the core curriculum in Argentinian schools, but in Europe, it’s “very common” to learn about the crisis, proving why it is so important for young people in the Global South to talk about it at every opportunity.

“We are not just passive victims of the climate crisis, but also we are part of the solution,” she said. “We have to be there, and we have to have a space at the table.”

Becker believes the most pressing environmental issue affecting Argentina are the hundreds of thousands of hectares that are burned every year in wildfires, exacerbated by climate change-induced drought.

She does not know what the future holds for her career, but she’s certain it will involve continuing to fight the climate crisis, she said.

“The climate crisis is a human rights issue, because our present and our future is at risk,” Becker said.

Thomas Lopez Jr., 28, inspired by their heritage to save the Earth

Thomas Lopez Jr., a climate partnerships coordinator at youth-led nonprofit Future Coalition whose heritage includes Otomi, Diné, Apache and Lakota, uses the lessons passed down through their elders to propel them to continue to fight for the planet.

Lopez’s grandfather was Lakota Chief Leonard Emmanuel Crowdog Sr., a heralded medicine man, and their parents are a water woman and Sundance chief — elders who had generations of wisdom to share about the importance of the land.

“Ever since I can remember, our relationship to the Earth was a very important lesson to be learned,” they told ABC News. “Everything that we do, as Indigenous people, is centered around this reciprocal relationship that we have with [Earth].”

Lopez equates modern day climate activism with “just an Indigenous way of life” that goes back thousands of years.

“It is simply our call to the Earth, as the caretakers, and as many people in our communities will say, we don’t own the land,” they said. “Rather, the land owns us.”

Their participation in the climate fight varies day by day, whether it’s demonstrating against the Dakota Access Pipeline or raising awareness over social media.

Lopez, who lives on the Cheyenne and Arapaho territory near Denver, believes the biggest problem plaguing his home are the more than 7,000 fracking wells in Colorado, which have a “huge effect” on water and air quality, they said.

They encourage young people who have not previously participated in the climate activism to join the movement, calling for a collective fight for the future.

“This Earth is calling to you to defend her,” they said. “And each and every one of us must answer that call.”

Julia Paramo, a Dallas native and activist with the Sunrise Movement, a youth movement to stop climate change, was among a group of young people who participated in a hunger strike in Washington, D.C., to demand that the money for fighting climate change remained in the $3.5 trillion bipartisan infrastructure bill currently being negotiated in Congress.

When Paramo spoke with ABC News, she was still in front of the White House on Day 8 of the hunger strike, in which her only sustenance was gulps of water. She was weak. She couldn’t stand for long. She was suffering from headaches, and it took an incredible amount of energy for her to even speak over a Zoom call, she said.

But Paramo endured the discomfort uncomplainingly.

“The pain we are going through by doing this is nothing compared to the pain an entire generation faces, the lives that they could lose,” she said.

Paramo was among the millions of Texans who lost power when a historic freeze stalled the power grid in February.

“It was incredibly unprecedented,” she said, adding that she remembers waking up to a bitterly cold room and looking out the window to see mountains of snow. “Like, nothing I’ve ever seen before.”

Paramo was working at a World Market when she was laid off in January 2020, just before the pandemic began. She took the unfortunate turn of events as a sign to pursue activism and community work, something she had always wanted to do, she said.

With the Sunrise Movement, Paramo is among others in her generation who mobilize communities to pay attention to climate change and environmental justice.

The group has marched 400 miles along the Gulf of Mexico to highlight the climate disaster, she said. They once were arrested on Sen. Ted Cruz’s lawn, she added.

Although drastic, Paramo believes a hunger strike was necessary to get the attention of leaders in the nation’s capital.

“And a hunger strike just sounded like something we needed to do to bring more attention to the climate crisis that the administration still isn’t listening to us on,” she said.

William Morris, a member of the steering committee for Evangelicals for Climate Action, approaches the climate fight from a different angle: through faith-based organizations.

Morris, who lives in Southern California, often faces resistance when raising awareness from people he speaks to at congregations, especially from conservative evangelical Christians, he said. He believes it is important to level with the climate deniers he meets at church on terms they may understand, whether by quoting scripture or by connecting with them based on the Christian values they share.

“Since I grew up in church and have this theological understanding, as well, of climate change in the environment … I’m really trying to talk to them on terms that they will understand,” he said. “A lot of times they can be hesitant of the science, maybe they don’t have that science background or don’t trust them as messengers.”

Morris often brings up questions such as how people of faith can ignore helping climate refugees and the amount of greenhouse gases that the country is emitting. Coming from a spiritual mentality, Christians “are called to help those who suffer” and are “called to help lower emissions,” he said.

“I see so much hope out there from people who are living out faithfully,” he added.

Morris became interested in global warming while enrolled in an advanced placement environmental science class in high school when he became “alarmed that other people weren’t more alarmed at what was going on,” he said. He went on to major in environmental science at Humboldt State University, and his commitment to the planet has not wavered since.

“I just felt so strongly convicted about it, both when it came to the scientific knowledge and the faith side of responding to that call of what was going on,” he said.

While Morris works part time at a coffee shop for his day job, most of his time is dedicated to activism, whether talking to pastors or visiting youth groups. He tries to fill the gap of resources that were not available to him 10 years ago when he was a teenager, he said.

Morris is attending COP26 in Glasgow, his first global climate conference. There, he hopes to converge with other young people who have been “let down when it comes to the climate” to convince world leaders to do the right thing to mitigate global warming.

“As long as we can remember, as we’ve been growing up, this Earth hasn’t been treated right,” he said of his fellow activists. “And so, for us, there is no other option.”

Morris also had a message for politicians who may not be swayed to make climate a priority: “Do what you know in your heart is right. I think when it comes down to it, we know what we have to do.”