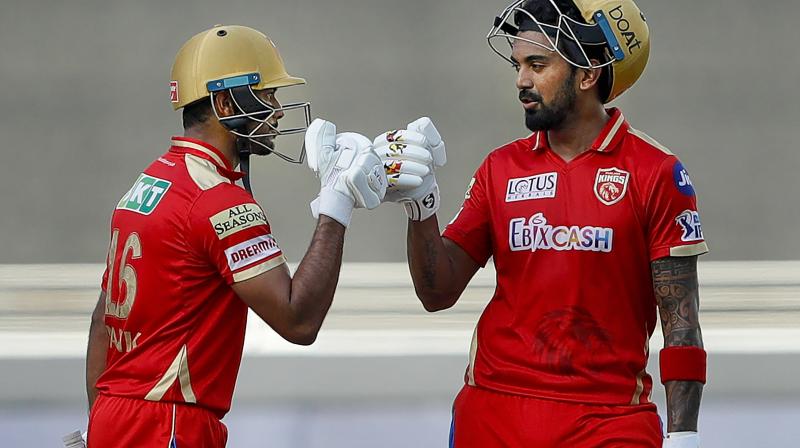 Guwahati: After an impressive outing in the recent Indian Premier League, India batter Mayank Agarwal is gearing up for the Syed Mushtaq Ali Trophy starting on Thursday as a key member of the Karnataka team.

Reflecting on his performance, Mayank said, "I am very happy with the performances I have put in for Punjab. Some big knocks against the top teams was a very satisfying feeling. There were a few learnings too, and that's something I have worked on post IPL."

As the domestic season returns to action, the Bengaluru-born player will look to make the most out of the tournament and be in contention for a spot in India's upcoming T20I series against New Zealand.

Asked about his role as an opening batsman and how he has matured over the years, the 30-year-old Agarwal said he always tries to make the best use of the powerplay overs and enjoys batting through the innings.

"I have always tried to make the best use of powerplay, and that was the role was given to me. I am happy I am able to do that … I enjoy taking the responsibilities to sometimes bat through the innings as well," he said.

"I have also realised that if I can bat 20 overs, then I give my team the best opportunity to score a massive score, and that's something I have been conscious about and looked to implement."

Being a seasoned campaigner in the T20 format, Agarwal has scored 3834 runs in 159 matches, including two centuries and 24 half-centuries.

Having missed out on the top four in the previous season, Karnataka, who were champions of back-to-back seasons (2018-19 and 2019-20), is looking forward to redemption.

They take on Mumbai in their first match of the Syed Mushtaq Ali Trophy, the domestic T20 tournament, here.

Speaking about the team and the preparations for the tournament, Agarwal said, "It's a very talented team with a lot of players playing for the country and IPL teams. Everyone is hungry to do well and win tournaments for the state.

"We had a very good pre-season camp in Bangalore and played a few practice matches as well. We are looking forward to what lies ahead."

Agarwal will be seen opening with rising sensation Devdutt Padikkal in the tournament. He stated that it will be a good opportunity for both the players and they will look to play with freedom.

"It will be a good opportunity for us to give Karnataka the start it needs, and play with freedom and express ourselves," Agarwal signed off.