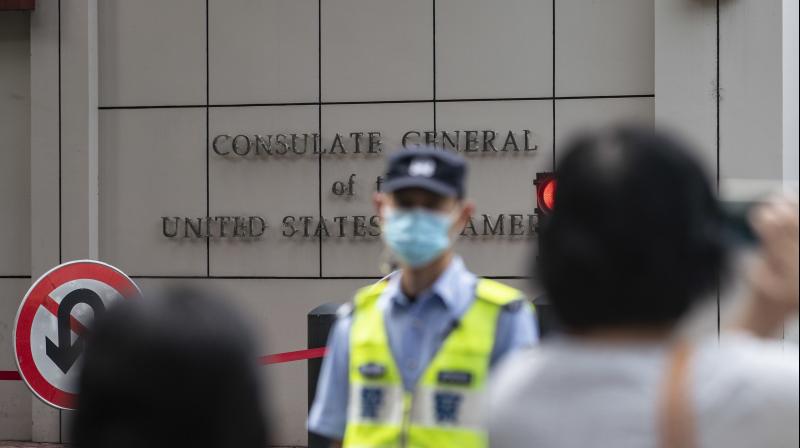 President Joe Biden and Chinese leader Xi Jinping may be near reopening consulates closed as relations spiralled in the final year of the Trump administration, a step that would mark progress in repairing fractured ties.

The two leaders may are also likely to announce an easing of visa restrictions, media reported Thursday, citing sources it did not identify.

Xi and Biden could agree on a framework for reducing trade tensions that erupted during the Trump administration, the news website said, and Biden is likely to seek more talks between climate envoys.

In July 2020, Washington told China to shutter its consulate in Houston, prompting Beijing to retaliate with an order for a U.S. diplomatic facility in the southwestern city of Chengdu to close. The Trump administration said its move was necessary because China directed criminal and covert activity to steal trade secrets and carry out malign influence operations across the U.S., though it never provided evidence of that.

The two nations also traded visa restrictions on students and journalists during Trump’s time in office.

A group of four Democratic lawmakers has also written a letter to Biden urging him to make nuclear risk reduction measures with China a top priority in a meeting with Xi. Beijing sees such moves as trying to bring them to the table for nuclear talks aimed at freezing their program.

The Pentagon warned Wednesday that China is expanding its nuclear weapons capabilities more rapidly than previously believed, a development that comes after reports that China tested a hypersonic missile.

On Friday, the Global Times, a nationalistic Communist Party tabloid, cited what it said were military experts as saying the Defense Department report was “speculative” and served Washington’s “own hegemonic goals.”

No date for the planned Xi-Biden video summit has been announced.