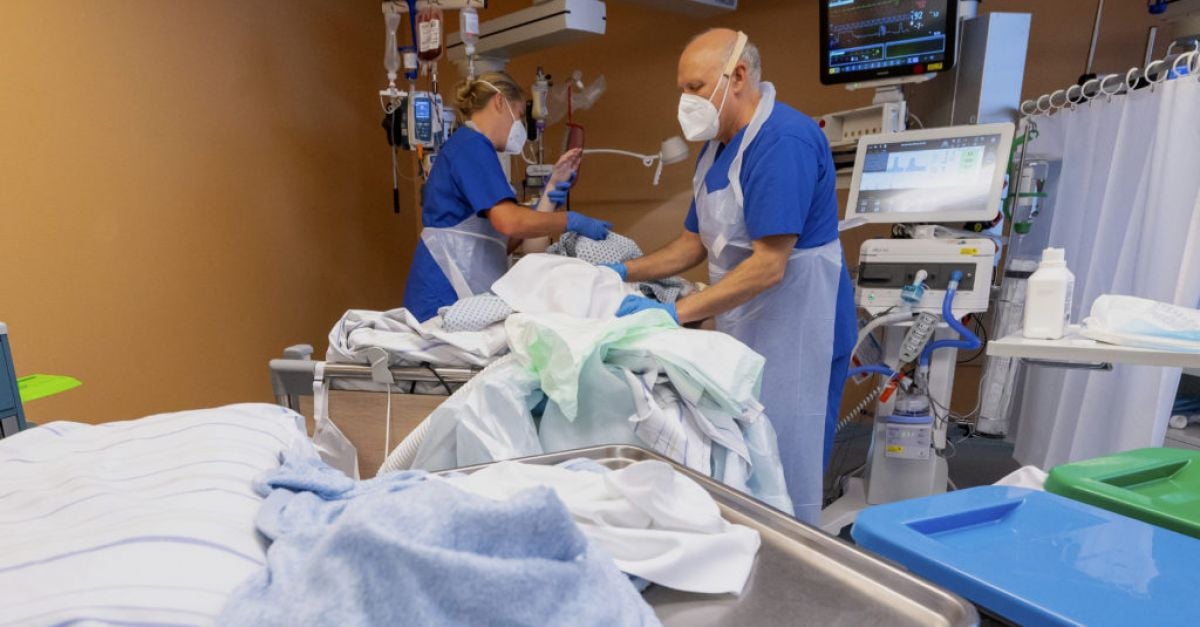 Europe has seen a more than 50% jump in coronavirus cases in the last month, making it the epicentre of the pandemic despite an ample supply of vaccines, top officials at the World Health Organisation said.

“There may be plenty of vaccine available, but uptake of vaccine has not been equal,” WHO emergencies chief Dr Michael Ryan said during a press briefing.

He called for European authorities to “close the gap” in vaccinations.

“No more boosters should be administered except to immunocompromised people,” he said.

More than 60 countries have started giving booster doses to combat waning immunity before winter, when another Covid-19 wave is expected.

In the United States, children aged five to 11 started getting Covid-19 shots this week after authorities decided the benefits outweighed the risks.

“Europe is back at the epicentre of the pandemic, where we were one year ago,” Dr Kluge said.

He warned that coronavirus hospital admission rates more than doubled in the last week and predicted that on that trajectory, the region could see another 500,000 pandemic deaths by February.

WHO Europe says the region, which stretches as far east as the former Soviet republics in Central Asia, tallied nearly 1.8 million new weekly cases, an increase of about 6% from the previous week, and 24,000 Covid-19 weekly deaths – a 12% gain.

Dr Kluge said the countries in the region were at “varying stages of vaccination rollout” and that regionwide an average of 47% of people were fully vaccinated.

Only eight countries had 70% of their populations fully vaccinated.

The increase in Europe’s Covid-19 marks the fifth consecutive week cases have risen across the continent, making it the only world region where Covid-19 is still increasing.

The infection rate was by far the highest in Europe, which reported some 192 new cases per 100,000 people.

Sweden’s chief epidemiologist Anders Tegnell said “we are clearly in another wave”, and added that “the increased spread is entirely concentrated in Europe”.

At an online briefing by the Amsterdam-based European Medicines Agency (EMA), experts urged people to get vaccinated.

“The epidemiological situation in Europe is very concerning now as we head into the winter, with increases in infection rates, hospitalisation and we can also see the increase in fatalities,” said Fergus Sweeney, the EMA’s head of clinical studies and manufacturing task force.

He stressed that “it’s very important that everybody gets vaccinated or completes their dose of vaccination if they’ve already had a first dose but not a second dose. It’s really important that we’re all vaccinated because we are not all protected until everyone is protected in that respect”.