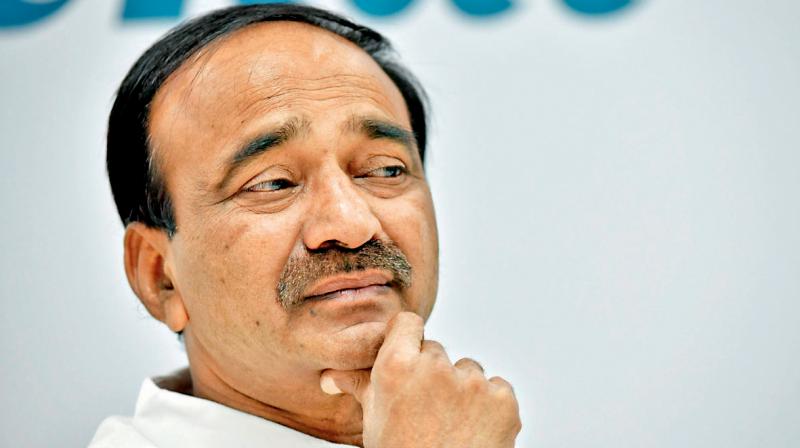 Karimnagar: Sympathy towards former minister Etala Rajendar for being unceremoniously sacked from the Cabinet and forced out of the TRS and his slogan of self-respect have enabled the BJP candidate retain his Huzurabad seat.

Though TRS tried every trick in the trade to defeat Rajendar, it could not stop the former minister from getting re-elected with a clear majority.

The BJP candidate led right from the first round of vote counting over his opponent Gellu Srinivas Yadav, whom the TRS had fielded from Huzurabad. The BJP secured a clear majority in Singapur village of Huzurabad mandal, native village of Rajya Sabha member Capt. Laxmikantha Rao (retd) and TRS MLA V. Satish Kumar. Singapur is also the village from where finance minister T. Harish Rao started his campaign.

The TRS received a shock at Shalapally, which comes under Huzurabad Rural from where Chief Minister K. Chandrasekhar Rao started the prestigious Dalit Bandhu scheme. Even though, the TRS announced Dalit Bandhu keeping in view the 45,000 votes of Dalit communities, they have apparently chosen not to back TRS. This could be because state government did not sanction their self-employment proposals, even though the government had deposited Rs 10 lakh into their accounts.

Significantly, the TRS lost by 2,505 votes even in Veenavanka mandal, the native place of Srinivas Yadav and TRS MLC nominee Padi Koushik Reddy.

Jammikunta municipality, a business centre, where Vysya community has around 15,000 votes, did not back the TRS, even though the ruling party made various offers to them, including a community building. The BJP secured a majority of 4,138 votes in Jammikunta Urban. The promise of establishing a medical college and formation of JHUDA (Jammikunta and Huzurabad Urban Development Authority) also did not work for the TRS.

In Ellanthakunta mandal, where polling went on till 9 pm, the TRS had been expecting a clear majority as highest percentage of 90.73 voting had been recorded here. But the BJP led by 3,135 votes.

Kamalapur mandal, the native place of Rajendar, massively backed him, even though TRS had promised to make the region an educational hub.