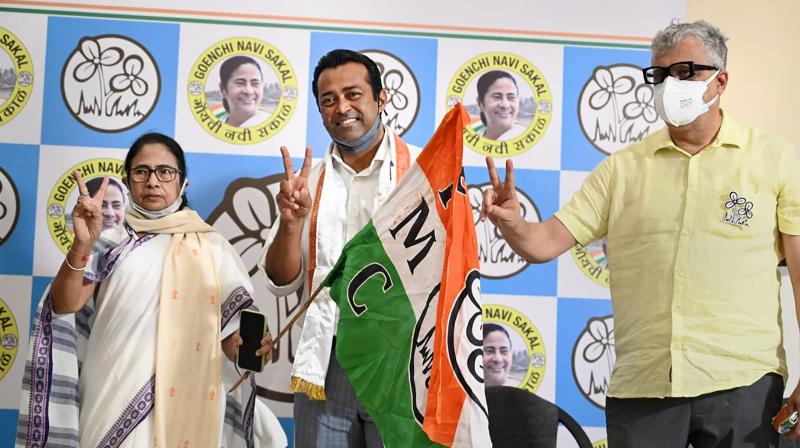 Panaji: Trinamool Congress (TMC) supremo Mamata Banerjee on Saturday said that Prime Minister Narendra Modi will become more powerful as the Congress party is not serious about politics, and also accused the grand old party of not taking decisions.

Apparently targeting the BJP-led central government, she said there was enough of Delhi's 'dadagiri' (bullying).

Addressing group of media persons in Panaji on the last day of her three-day visit to the coastal state, where Assembly polls are due early next year, Banerjee also said that the country is suffereing as the Congress could not take decisions.

"I cannot say everything right now because they didn't take politics seriously. Modiji is going to be more powerful because of the Congress…If one cannot take decision, why the country should suffer for that?" she said.

Banerjee said the TMC believes in distributing seats for the regional parties in elections.

TMC has announced that it will be contesting all 40 seats in the upcoming Goa elections.

When asked about what decisions she thinks the Congress should be taking, she said, "I am not going to discuss about the Congress because this is not my party. I have set up my regional party and without any support of anybody, we formed three times government."

"Let them decide. That is my system also, I don't interfere into any other political party's business, I can say about my political party and our fight will continue. We are not going to bow down our head to BJP," she added.