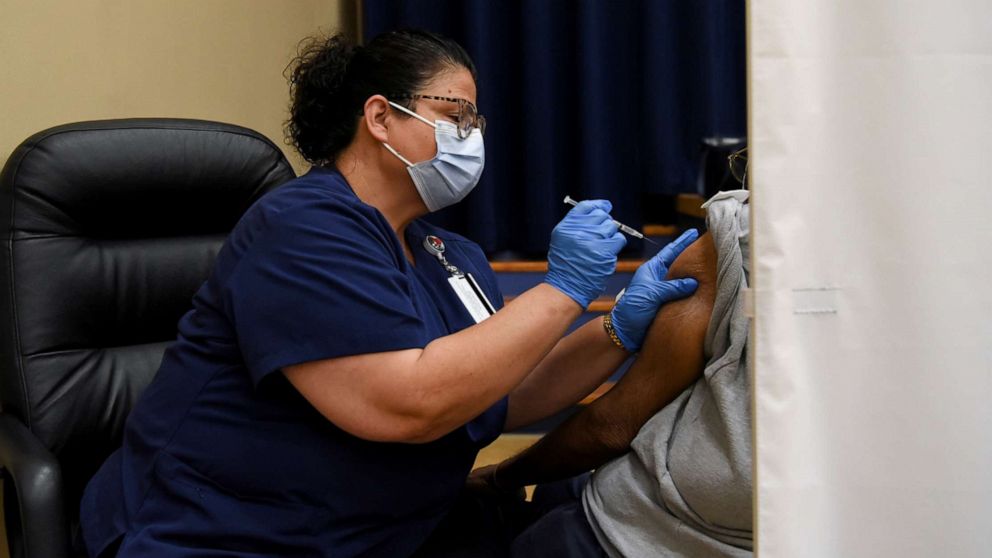 Some 100 million American workers are expected to be affected by the Biden administration’s new workplace COVID-19 vaccine mandate come January, under a sweeping new plan that labels coronavirus as an occupational hazard in the workplace.

Here is what to know about the new regulations, enforced by the Department of Labor’s Occupational Safety and Health Administration, and how it might impact you.

Will the vaccine mandate apply to me?

Most likely, as it’s estimated that the regulation will cover the majority of the nation’s workforce. There are four types of workers who fall under some kind of mandate: federal workers, federal contractors, health care workers and anyone employed by a company with 100 or more employees.

Federal workers are required to get the shot by Nov. 22. Private sector employees have until Jan. 4.

Some workers also have the option to test weekly for the virus instead, but this only applies to people in the private sector who don’t work with the federal government or in health care facilities that accept Medicare or Medicaid. If you work at a large company that is included under the federal rule, it will be up to your employer to decide if you will be given the option to test weekly and wear a mask instead.

Firms that don’t comply could be fined $14,000 per infraction, and health care facilities like nursing homes and hospitals could lose access to Medicare and Medicaid dollars.

What if I work remotely?

If you work remote full-time, your company isn’t required to mandate a vaccine or weekly testing. But the mandate applies if you go into the office or workplace even some of the time.

Keep in mind, your employer might require vaccinations anyway as a term of employment. Some businesses, including some hospitals, have already done so.

Private businesses also can decide against giving the option of testing as allowed under the federal regulation.

What if I work at a franchise outpost of a larger company?

You wouldn’t fall under the mandate if the number of employees at your site is fewer than 100, and so long as the franchise location where you work is independently owned and operated.

Corporate employees at a company’s headquarters and employees at other franchise sites would be counted separately.

For example, if you work at an independently owned local gym that only has 50 employees, you would not be included in the mandate — even if that gym is part of a larger, nationwide chain.

Won’t this hurt the trucking industry ahead of the holidays?

Probably not, because the rule exempts people who work by themselves. Truck drivers who drive alone in their cabs wouldn’t be at risk of exposure.

The Truckload Carriers Association initially had warned the rule would “undoubtedly ensure the trucking industry loses a substantial number of drivers.” But the group issued a new statement Friday after Labor Secretary Marty Walsh explained the rule doesn’t apply to workers alone in their trucks. The group said his remarks were “encouraging” and that it would “continue to monitor this situation.”

It’s possible the rollout of the new regulations could still cause some hiccups in the mounting supply chain issues the nation is seeing. But economists have expressed hope that these troubles will be temporary and lessen as the pandemic wanes. Vaccinations, meanwhile, have been effective at preventing hospitalizations and deaths, which in turn helps the overall job market and economy.

What about the impact on other businesses like retail?

As for other industries, the regulation’s impact remains to be seen. Because the rule for the private sector won’t take effect until Jan. 4, the Biden administration says it’s unlikely to cause problems ahead of the holiday season.

Still, businesses will have to prepare to implement a vaccine verification program during the busy shopping season.

It’s also possible a few workers with hardline views on the vaccine will try to opt out of the job market to wait out the regulation. As a temporary emergency standard, it’s expected to expire eventually although the government hasn’t said yet when that might happen.

Some business officials have argued that broader vaccine mandates might actually help by “leveling the playing field.” If every company is required to mandate vaccinations, it makes it harder for workers to jump jobs to avoid getting the shot. Supporters of the regulation also argue that while a vocal minority of workers will protest, the vast majority of Americans eventually will comply.

While once a touchy subject in the private sector, recent data has actually indicated that a majority of companies plan on having COVID-19 vaccine mandates for their workforce, separate from federal regulations.