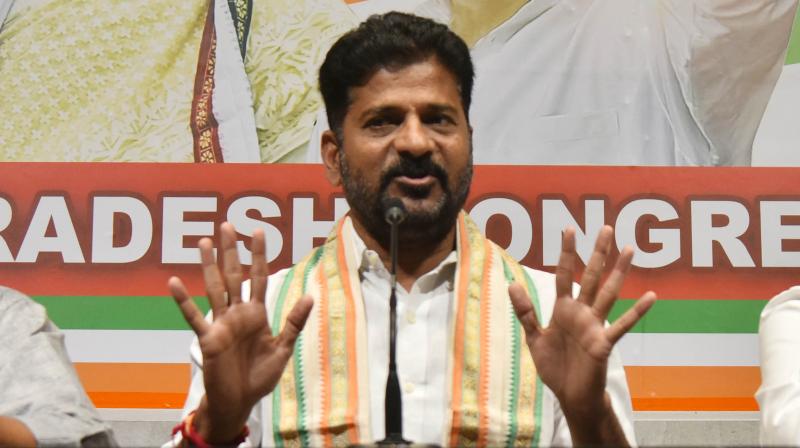 Hyderabad: The poor show of the Congress in Huzurabad, where the party was runner-up in 2018, has come as a major setback to TPCC president A. Revanth Reddy. The party couldn’t retain its deposit this time.

The defeat has strengthened the anti-Revanth Reddy voices in the party. Bhuvanagiri MP Komatireddy Venkat Reddy said the party had failed to utilise the five months gap till the election day to strengthen its base in the assembly constituency. This was the first time ever that the party lost its deposit there. “We will submit a factual report to the party high command,” Venkat Reddy said.

Former MP Ponnam Prabhakar said the fashioning of public meetings like Dalit Dandora and Nirudyoga, Vidyarthi Garjana had not yielded results. He said the party state leadership should have concentrated on Huzurabad from the day the seat fell vacant in June. There was a delay. “We will discuss the issue with the party’s senior leaders”, he said.

The Congress had got around 61,000 votes in Huzurabad in the 2018 Assembly elections. Padi Koushik Reddy who had then contested on a Congress ticket shifted his loyalties to the TRS shortly before the byelection. This hurt the party’s prospects.

To field a strong candidate, the Congress leadership pursued the names of former minister Konda Surekha and Ponnam Prabhakar etc, but finally fielded student leader Dr Venkat, a native of undivided Karimnagar district. Technically, he was a non-local.

The prediction of political opponents that the Congress would lose its deposit in the byelection proved true. There are those who suspect that a few Congress leaders strategically remained silent during the bypoll with a view to consolidate the anti-TRS votes in favour of Etala Rajendar. Even TRS working president K.T. Rama Rao alleged that Revanth Reddy had colluded with the BJP candidate.

Jagga Reddy and Venkat openly criticised the state Congress leadership, saying it did not work hard in Huzurabad. In the selection of the candidate and in starting the election campaign, the party lagged behind, they alleged. They said the issue will be brought to the notice of the Congress high command.

In the previous Dubbak and Nagarjunasagar byelections, the Congress had performed well though its candidates lost to the BJP and the TRS respectively.  After Revanth Reddy became party chief, Congress leaders and activists hoped that the party would perform well in Huzurabad.