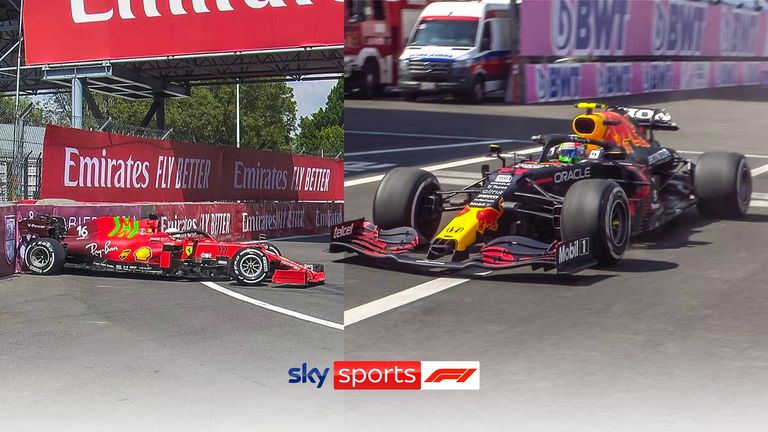 Both Charles Leclerc and Sergio Perez slide backwards into the barrier and pick up some rear wing damage.

Valtteri Bottas set the pace in Mexico City GP first practice as he and Lewis Hamilton ensured Mercedes started a crucial weekend with a slight edge over Max Verstappen, whose Red Bull team-mate Sergio Perez crashed along with Charles Leclerc.

The stakes in the 2021 championship are higher than ever with Verstappen and Hamilton split by just 12 points with five races remaining, and after the Dutchman’s win on a ‘Mercedes track’ last time out in the USA there is plenty of pecking order intrigue for this weekend at a circuit that is typically more suited to Red Bull.

But while Verstappen’s pace looked ominous in the early stages – keeping up with Mercedes on a harder tyre – Bottas and Hamilton both beat his soft-tyre lap to give the world champions an, albeit small, advantage.

“I still think it looks as though the Honda power is working well here,” said Sky F1’s Martin Brundle as he still backed Red Bull as favourites. 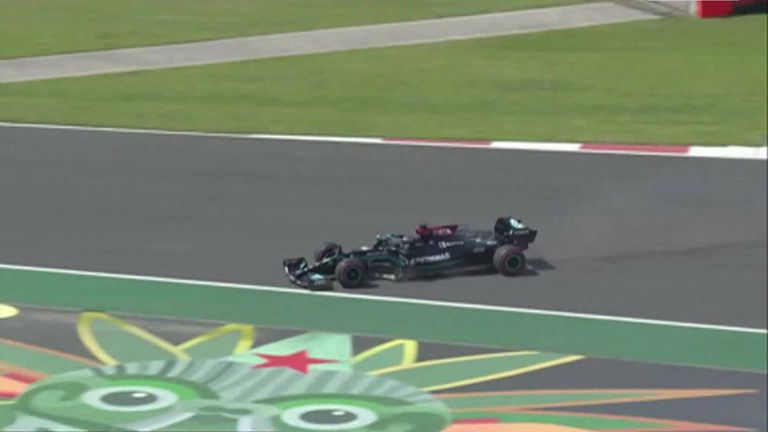 Lewis Hamilton runs wide and into the grass at Turn One during opening practice in Mexico, with the world champion facing a trip to the stewards for not returning to the track correctly.

Perez was just a tenth further back from Verstappen as he recovered from an early wobble at his home circuit.

On a dusty track that is hosting a Grand Prix for the first time since 2019, Perez and Leclerc had almost identical shunts in the opening portion of the session, spinning their cars off in the final sector and damaging their rear wings.

All eyes for the ‘best of the rest’ battle for fifth this weekend were expected to be on McLaren and Ferrari – but both teams have work to do. Daniel Ricciardo and Lando Norris were hampered by traffic and a lack of pace as they finished 14th and 15th, while Carlos Sainz and Leclerc were sixth and eighth but also couldn’t quite get in a rhythm. 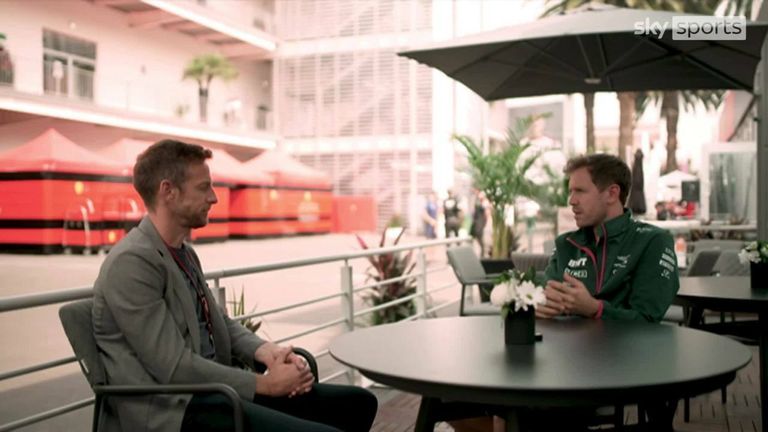 Here’s what you can look forward to during coverage of this weekend’s Mexico City Grand Prix.

Instead in the mix at the sharp-end of the timesheets was Pierre Gasly, just six tenths off Bottas’ benchmark in fifth for the Honda-powered AlphaTauri.

His team-mate Yuki Tsunoda is one of two drivers who already know they have an engine penalty this weekend, with Lance Stroll also set to start Sunday’s race at the back of the grid in the Aston Martin.

Mercedes do not expect a Hamilton grid drop this weekend despite reliability concerns.