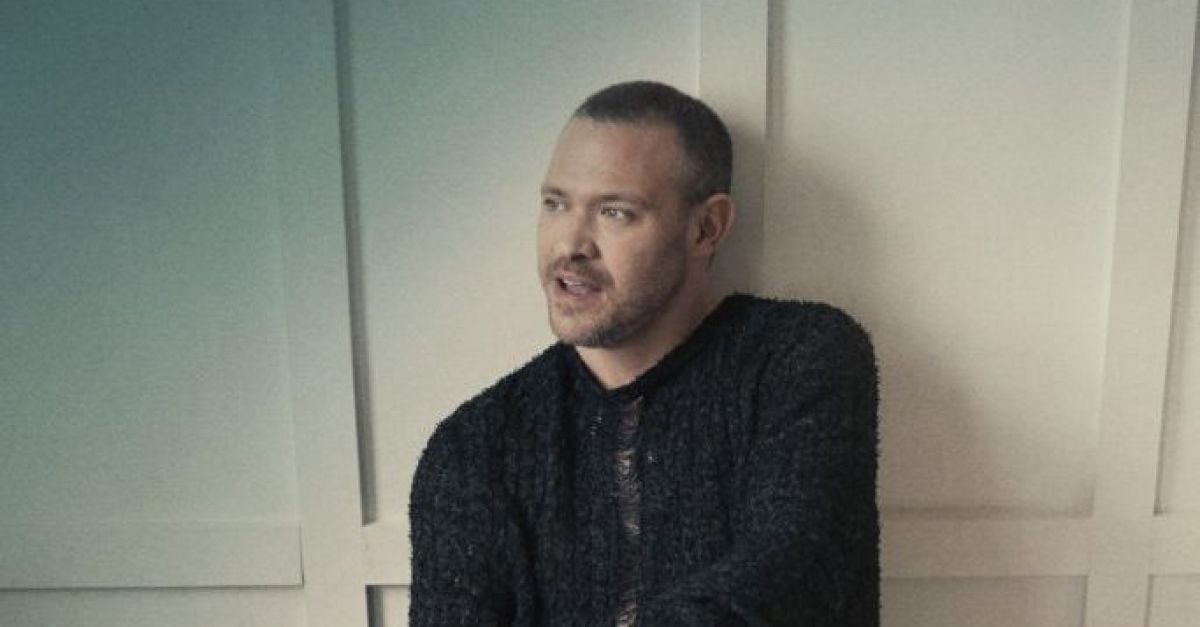 Will Young is recalling his time on Pop Idol, the programme that reinvented the TV talent show contest for the modern age and launched his career in music.

“We were debated in Parliament. I remember Annie Lennox coming to the final. It was madness – absolute madness.”

This year marks 20 years since the first series of the show saw Young triumph over Gareth Gates, winning some 4.6 million votes in the final.

The competitors embarked on tours around the Britain and Ireland, canvassing votes like politicians, and there were even tabloid allegations of vote tampering (unsubstantiated, of course).

9th Feb. A date lodged in my head. 16years ago today I famously lost Pop Idol. 16 years – WOW 😳How old does everyone feel?

“We were very lucky,” Young tells me in his expressive, instantly recognisable voice. “One of the best things is it was so pure. It was a singing competition and the public were never duped.

“They paid money by phoning in. They were the record company and they voted for me to have a record contract. They took the power away from the fat cats at the record companies and I will never forget that.”

Before we speak, the singer has been in his attic going through boxes of photos from his Pop Idol days to accompany a new greatest hits album and fill the programme for his upcoming tour.

He’s found Polaroids of himself with Gates and fellow finalist Darius Campbell (the sometimes forgotten third man) as well as shots from some of their many promotional photoshoots.

“It really was amazing,” he says. “One of the most amazing things about it was that I had just moved up to London. I had got my politics degree and I was moving up to London to start at musical theatre college.

“One of the things I loved – and maybe it sounds a funny thing – is I loved seeing all these different parts of London. Because I only knew one part of London because I was a posh public school boy. So I only knew Chelsea.”

He adds: “It’s funny. I suppose I felt quite wide-eyed.”

“@Wal_LFC: Out of curiosity, what is the best show you have hosted?”

Young says he received a text from Gates just a few days before our call. Does he keep in contact with Pop Idol co-hosts Ant and Dec?

“I very rarely see them actually, because I am not very showbiz-y,” he says “I don’t know if they are… But we did get on well, I remember that.

“They were always very sweet when I used to see them afterwards. I felt like they always had my back, actually.”

While Young is candid and self-deprecating, he is also capable of the sharpest deadpan humour.

What, then, is the secret to his longevity?

“I didn’t start off cool,” he says, laughing softly. “I was never cool, so I could never be uncool.

“That’s quite good because if you come in with a massive splash and you are really cool, you can really quickly be uncool. But I never had that… I was the opposite.”

Today is the day….tickets for my '20 Years' 2022 tour are on sale now HERE: https://t.co/oQkr58HL6N.  I still can't believe that next year already marks the 20th anniversary of Pop Idol and I'm sure you all can't believe it either. pic.twitter.com/EK5joMusrt

As one of the few people to have seen the TV talent show format grow into the behemoth it is today, Young is well placed to judge.

“It just makes me really sad and actually quite angry,” he says of the evolution of the format. “I feel a bit unsure as to why a show like X Factor hasn’t had its comeuppance in terms of how it has treated people.

“And I am surprised. There is obviously stuff going on in the background, but hopefully one day it will come out. I wish it was my story to tell, but it’s not unfortunately.”

He says standing up to then-judge Cowell on Pop Idol still ranks among his proudest moments.

The pair locked horns after the music mogul dubbed his performance “distinctly average”.

“I have to remind myself how young I was and how powerful he was – and I stood up for myself and for others. And I am very proud of that. It was my defining moment really. You will have to watch it on YouTube – it is very good.”

I am thrilled to announce my #WillYoung #20Years Tour & Greatest Hits album! 2022 is the 20th anniversary since you voted for me as the original winner of Pop Idol, for which I'm forever grateful. I'm thankful for all of your support since the start https://t.co/KNzlMuFfUZ (1/6) pic.twitter.com/gRmMQJcJa9

Young has just released his eighth album Crying On The Bathroom Floor, an eclectic collection of covers of songs by female artists, and is looking to do more TV acting. He has also become something of a mental health campaigner.

His 2020 book To Be A Gay Man saw him explore gay shame, the impact it had on his own life and how he learned to deal with it. And the same year, his twin brother Rupert tragically died after struggling with his own mental health issues.

Young believes speaking publicly helps both him and others.

“In part, it comes from a subversive place of showing people that being a pop star or being famous is not what everyone is pretending it can be. I like blowing that illusion out of the water, because it then hopefully gives other people permission to feel anything other than 100 per cent the whole time.

“And also it normalises things – and that does help with me as well. Sometimes I will just drop into conversation, ‘Well yeah, I am agoraphobic, so I like staying at home anyway’. I don’t make a big deal of it and people are like, ‘Oh, he just said that on the radio’.

“But it’s not being ashamed of it. It’s normalising it. Humour is really important. It doesn’t all have to be doom and gloom. Those things do help me and maybe give other people permission to not feel so ashamed and alone.”

Young was 22 when he won Pop Idol.

He is 42 now, but has no plans to stop making music – he is under no illusion as to how few artists last so long in a cut-throat industry.

Doggos feeling right at home in my disco van 🕺🌟 pic.twitter.com/xxFUdWtQh3

“There is something brilliant about staying in the industry and keeping going,” he muses. “That is not easy. And so it is important to celebrate it for myself, and also the fact I still really enjoy it.

“That’s the thing – I wouldn’t be doing it if I didn’t enjoy it. I would just go and do something else. But going forward,” Young notes with a laugh, “I still think I would want to be retired by 50 and just have lots of dogs.”

The Will Young – 20 Years Tour in celebration of the 20th anniversary of his Pop Idol win will take place in October and November 2022. Tickets are available online now