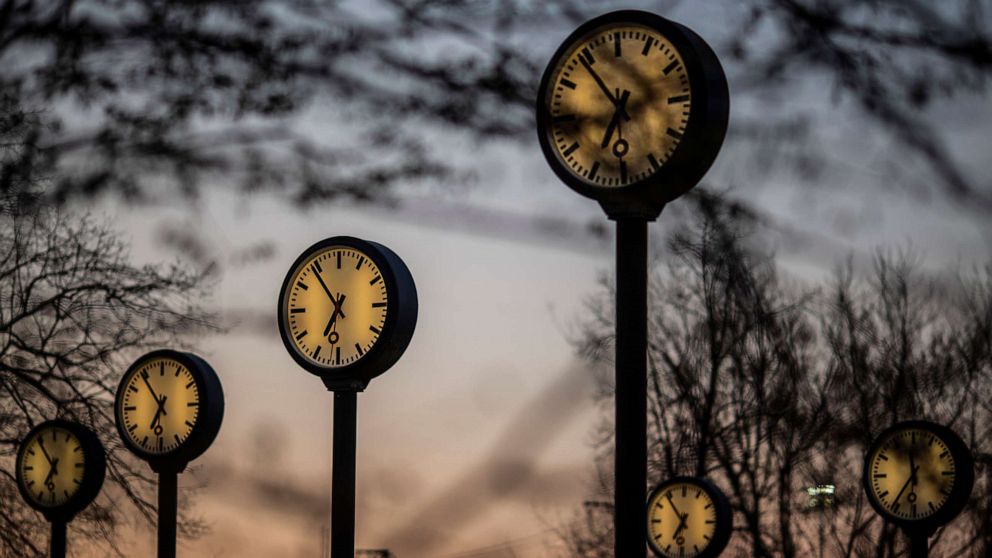 LONDON — This week could have been the first time that Europe did not have to observe the seasonal time change since it came into law across the region nearly two decades ago.

Daylight saving time, the practice of setting clocks an hour ahead for the summer and an hour back for winter, has long been justified as a way of saving energy. During World War I, the United Kingdom and Germany implemented the clock change in hopes of conserving coal. The measure was abolished in most countries after the war ended, but it returned in the 1980s during the global oil crisis.

Today, explanations for daylight saving time often focus on farmers and children needing sunlight in the early morning hours while working or going to school. Since 2002, the European Union has ordered all member states to adjust their clocks on the last Sunday in March and October. Iceland, however, is exempt.

Then in 2018, the European Parliament voted to end the practice after a poll of 4.8 million Europeans showed overwhelming support for scrapping it. Critics of the ritual have pointed to scientific studies showing the negative physical and psychological effects of switching back and forth to mark daylight saving time.

“The time change will be abolished,” the European Commission’s then-president, Jean-Claude Juncker, told German public broadcaster ZDF in 2018. “People do not want to keep changing their watches.”

Although the decision was supposed to take effect in 2021, the coronavirus pandemic has delayed its implementation, pushing it to the bottom of the political agenda for many countries. The fate of daylight saving time in Europe remains unclear.

Member states of the European Union are also struggling to agree on which time to adopt.

“We agree on the time change, but we are stuck on whether to stay on summer or winter time,” Karima Delli, a French member of the European Parliament, told French broadcaster BFM TV in 2019. “We have a real problem.”

While Germany is calling for summer time, Greece and Portugal want to keep switching between the two.

Forcing all member states to implement the same time would be complicated, as some would get less daylight than others. So the European Commission, tasked with executing the decision from Parliament, has asked countries to align with their neighbors. But even that would be tricky.

For instance, since the U.K.’s withdrawal from the European Union in 2020, the island nation is no longer concerned with the European Parliament’s decision on daylight saving time. Yet neighboring Ireland, a European Union member state, will be impacted by a change to the current system, potentially complicating border crossings.

The debate over daylight saving time in Europe raged on via Twitter this week, as the clocks turned back on Sunday. Some people expressed gratitude for the extra hour of sleep, while others decried the shift as disorienting.

“Can we finally end the absurdity of daylight savings time?” another quipped.

Only about 70 countries in the world still observe daylight saving time, but many are reconsidering it.

In the United States, Hawaii and Arizona have already done away with the clock change, and the debate continues as to which states will follow.