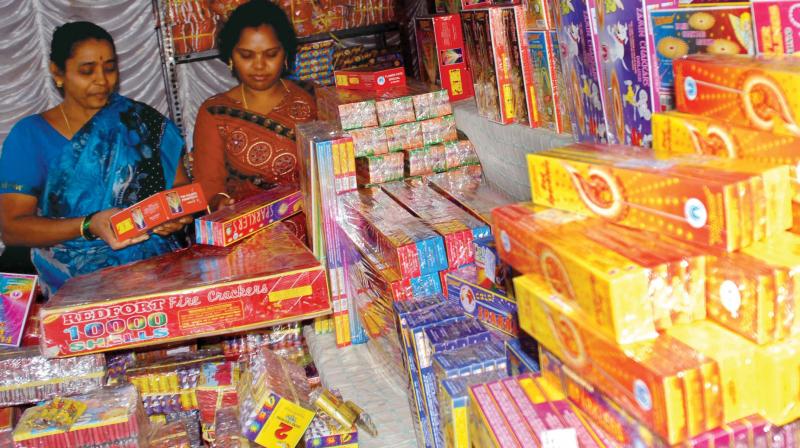 Chennai: Small traders did a record business of around Rs 1.25 lakh crore this Diwali season, said a traders’ body.

Customers thronged physical markets in large numbers and helped in generating huge business to the tune of Rs 1.25 lakh crore, which is record trade figure in last 10 years on the occasion of Diwali, said the Confederation of All India Traders, which represents about 70 million traders.

Last Diwali was washed out by the pandemic and the year before was hit by the slowing economy.

According to the body, gold jewellery and silverware were purchased for more than Rs 9,000 crore during the Diwali season, which also includes precious metal-buying day of Dhanteras. Products across different categories were bought apart from festival-specific products. The packaging industry itself did a business of around Rs 15,000 crore.

The Cait said the massive shopping ended the slowdown in business that persisted for the past two years. Encouraged by Diwali sales, traders across the country are now gearing up for wedding season sales scheduled to start on November 14. Big ticket weddings were on hold since the pandemic.

The online shopper base grew by 20 per cent to 62 million compared to 52 million last year, with tier II plus cities contributing 60 per cent of all shoppers. Around 40 million shoppers came from tier II plus cities. The gross merchandise value per shopper too grew to Rs 5,034 in 2021 from Rs 4,980 in 2020.