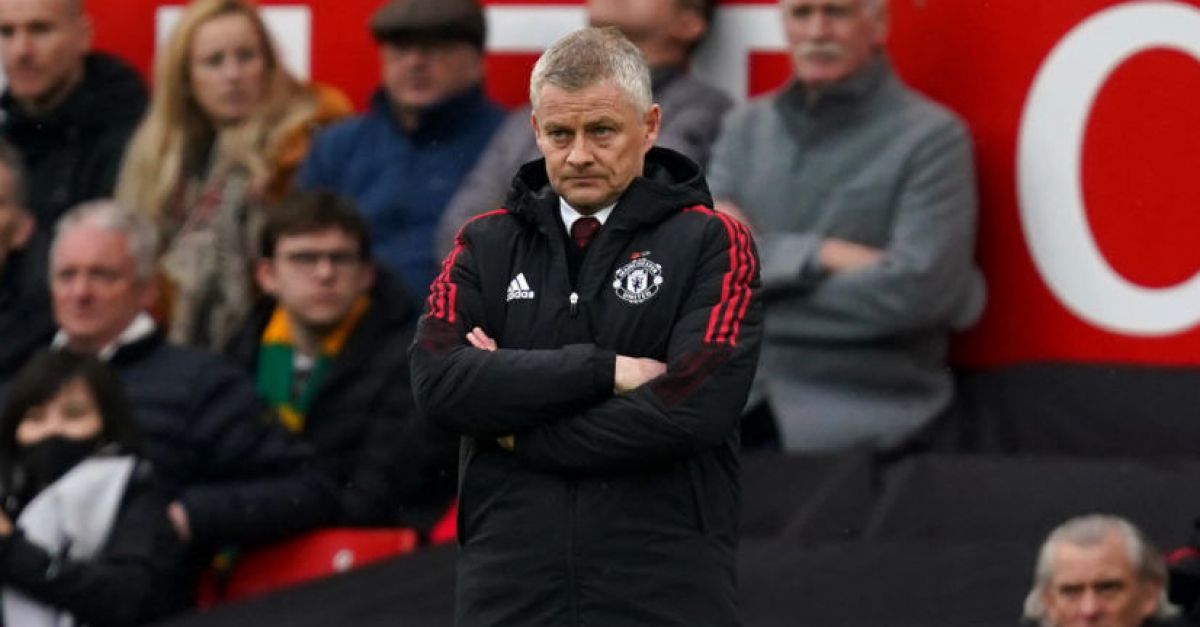 Introducing the Reds line-up for the Manchester derby ✊#MUFC | #MUNMCI

Solskjaer made three changes following the midweek draw at Atalanta, two of which were enforced with Paul Pogba suspended and Raphael Varane injured.

Marcus Rashford was the other player to make way. Victor Lindelof returned to the defence and Fred was brought in to add steel while Mason Greenwood was given his chance in attack.

United selected three centre-backs with Fred and Scott McTominay sitting in front of the defence.

The hope was that they could absorb pressure and look to hit City on the break through with the likes of Cristiano Ronaldo, Bruno Fernandes and Greenwood.

It was a plan that failed as it simply invited City, whose movement was rapid and fluent, to attack.

By contrast, when United got the ball they looked disjointed, sluggish and short of options. But for David De Gea, the game could have been out of sight by the interval.

Solskjaer had to act at the break and did so, introducing Jadon Sancho for Bailly and switching to a back four.

The hope was presumably that it would give United a greater presence in midfield and a bit more attacking punch, but City were simply too strong and managed the game well.

United still could not gain any meaningful possession or create anything of substance. Further, changes of personnel also had little effect.  Not even Ronaldo could dig United out of trouble this time.

Sancho made a couple of runs out wide but was largely unable to make an impression.

It was a similar story for Rashford and Donny Van De Beek, two other players capable of making a difference but not able to get into the game.

This was another difficult afternoon for Solskjaer. The defeat was not as heavy as the recent Liverpool mauling, but it will still put him firmly in the spotlight.

The difference in class between the two sides was marked and Solskjaer was completely out-manoeuvred by his opposite number Pep Guardiola.