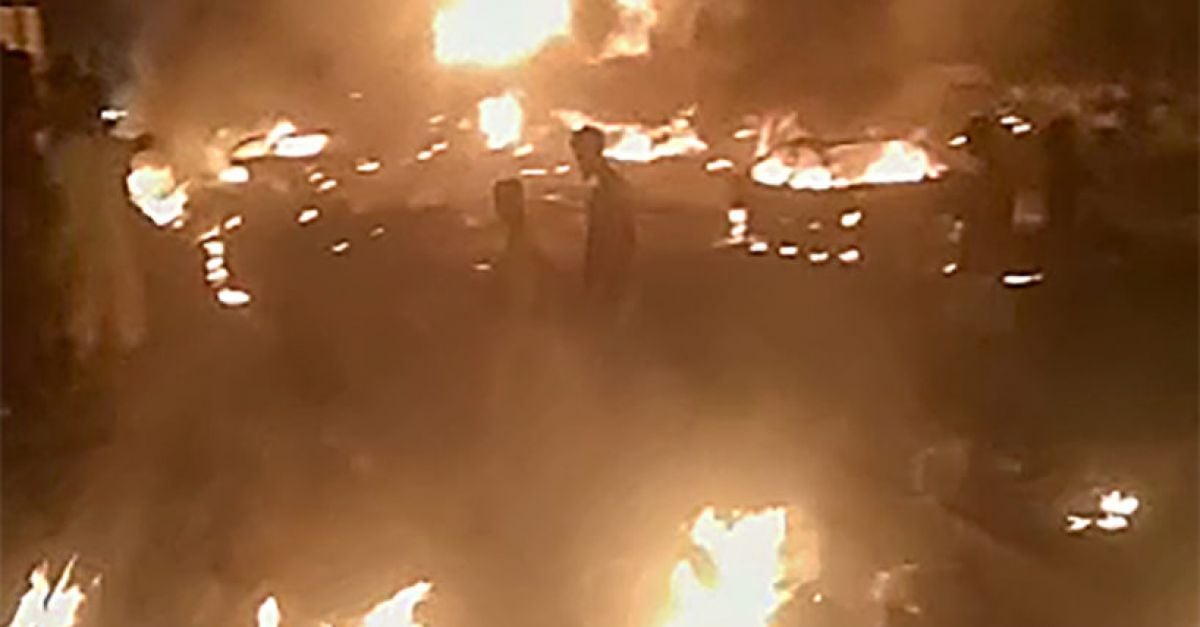 An oil tanker exploded near Sierra Leone’s capital, killing at least 92 people and severely injuring dozens of others, officials and witnesses said on Saturday.

The explosion took place late on Friday after a bus struck the tanker in Wellington, a suburb just to the east of Freetown.

The mortuary at Connaught Hospital reported 92 bodies had been brought in by Saturday morning.

Hundreds of people milled outside the main gates of the mortuary and near the hospital’s main entrance, waiting for word of their loved ones.

It was not immediately known how many people were undergoing treatment for burns because patients were taken to hospitals and clinics across the metropolitan area.

Video obtained by The Associated Press showed a giant fireball burning in the night sky following the explosion.

Deeply disturbed by the tragic fires and the horrendous loss of life around the Wellington PMB area. My profound sympathies with families who have lost loved ones and those who have been maimed as a result. My Government will do everything to support affected families. pic.twitter.com/xJRA1UtCJJ

President Julius Maada Bio, who was in Scotland attending the United Nations climate talks on Saturday, deplored the “horrendous loss of life”.

“My profound sympathies with families who have lost loved ones and those who have been maimed as a result,” he tweeted.

“We are all deeply saddened by this national tragedy, and it is indeed a difficult time for our country,” he said on his Facebook page.