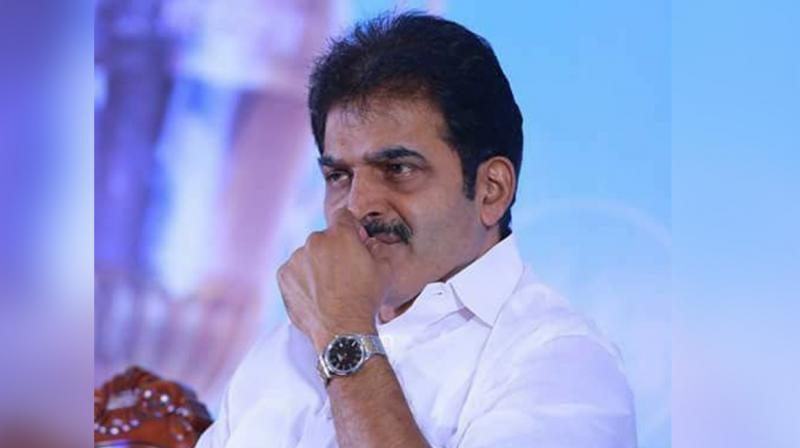 Thiruvananthapuram: The Congress on Wednesday claimed that the results of the by-elections held to various state Assembly and Parliament seats are a "clear indication" that the Centre's ruling "BJP is losing its momentum especially in Hindi heartland" due to its "anti-people policies."

AICC General Secretary K C Venugopal said the Congress could sweep in the by-poll held in all the three Assembly constituencies and a Lok Sabha seat in Himachal Pradesh where the Assembly polls are expected next year.

The Congress candidates also captured the sitting seats of the BJP in Rajasthan and Karnataka, he said.

"This is a clear indication that the BJP is losing its momentum, especially in Hindi heartland", Venugopal told PTI.

He said wherever the Congress and the BJP fought directly, the saffron party "suffered severe blows because of their anti-people policies".

Venugopal slammed the Modi government over rising prices of fuel and gas and growing rate of unemployment. He also alleged that the government was framing policies only to help the crony capitalists.

He said the by-election result was a verdict against the "anti-people policies" of the Modi government, which has "declared a war on the country's farmers and ordinary citizens through anti-farmer laws and unjustly inflating the prices of essential commodities."

"The government is doing nothing for the poor people of this country. The people are really fed up with this government. Every time they cannot win the elections by polarising people on religious lines. The people have started realising it," the AICC general secretary said.

The BJP and its allies on Tuesday won 14 assembly seats while the Congress bagged eight out of 29 seats in the latest round of bypolls, with results mostly favouring ruling parties in the states except in Himachal Pradesh, where the BJP lost all three assembly seats and the prestigious Mandi Lok Sabha constituency to the Congress, and Telangana.

West Bengal Chief Minister Mamata Banerjee's Trinamool Congress got a ringing endorsement from the electors as it won all the four assembly seats, including two that it snatched from the BJP, with a staggering 75.02 percent vote share.

The results from the 13 states were a mixed bag for the BJP as well as the Congress, which gained in Rajasthan, Himachal Pradesh and Karnataka, wresting seats from the saffron party, but suffered losses in Assam, Madhya Pradesh and Meghalaya.