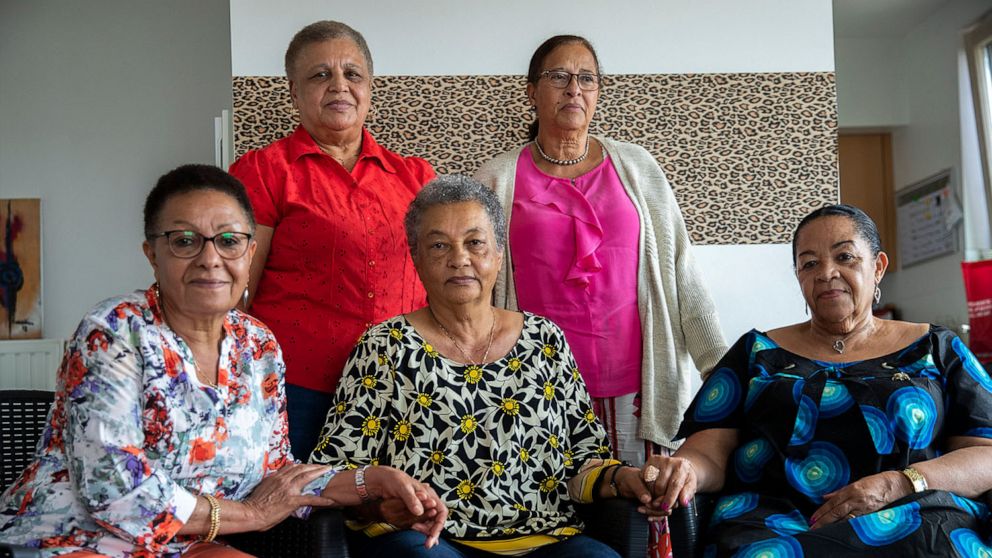 It was not until 2017 that Monique Bitu Bingi felt strong enough to tell the full story of what happened during her childhood in the Belgian-ruled Congo.

Even her husband, who died years earlier, didn’t know the full details. But her children, who suspected she’d suffered severe trauma, were aware of her recurring nightmares, a living testament to one of the darkest chapters of post-war colonial history.

Born to a Black Congolese 15-year-old and a white Belgian father, Bingi was snatched from her family by the colonial authorities when she was 4. Marriages between white Belgians and Black Congolese were illegal under a regime that saw biracial people as a “threat for white race supremacy and consequently a threat for the Belgian colony,” Bingi’s lawyer told ABC News.

In a rare acknowledgment of the crimes of Belgium’s colonial past, then-Prime Minister Charles Michel apologized for the policy that formally separated biracial children, known as “metis,” from their families and placed them into religious institutions. The Catholic Church had apologized for its role the year before, which saw thousands of children sent to Belgium when civil war broke out in Congo after it gained independence in 1960. Many are still unable to trace their lineage.

Bingi and four other biracial women are now suing the Belgian state for crimes against humanity, with the women seeking compensation of $55,000. The other women in the suit — Noelle Verbeken, Simone Ngalula Lea Tavares Mujinga and Marie-Jose Loshi – also were taken from their families in the 1950s and 1960s. The sum they seek is largely symbolic, but with it they hope to appoint an independent expert to evaluate the extent to which their upbringing constituted the “emotional destruction of a life.” That, they hope, will be a source of hope for thousands of others who similarly suffered.

“In 2019, Charles Michel, PM of the Belgian government, apologized for the state role in taking thousands of babies from their mothers,” Michele Hirsch, the group’s lawyer, told ABC News. “But we are asking the state to go to take full responsibility for these crimes.”

That apology, for Bingi and for the other survivors, is “not enough,” she said. “His apology was symbolic, but my life, our lives, are not symbolic. They destroyed us morally and physically.”

The lawsuit comes at a time of growing pressure for the Belgian government to come to terms with its colonial history.

During the Black Lives Matter protests, sparked by the killing of George Floyd in the summer of 2020, statues of King Leopold I, who ruled the Congo as his private colony from 1885 to 1908, were defaced and emblazoned with Congolese flags. According to the historian Adam Hochschild, who wrote a renowned book on the topic, “King Leopold’s Ghosts,” millions died as the monarch exploited the country. In 1908, the country was renamed the Belgian Congo and ruled as a colony until 1960. The country served as the setting of Joseph Conrad’s 1899 novel “Heart of Darkness,” which detailed some of the brutal aspects of colonial rule — forced labor, torture, starvation and disease.

In a letter sent last year to President Félix Tshisekedi of the Democratic Republic of Congo, Belgium’s King Phillippe expressed his “deepest regrets” for the “acts of violence and cruelty” in the Belgian Congo, although he stopped short of a formal apology.

A U.N. report into race relations in Belgium, authored in 2019, claimed that Belgium’s colonial past could be directly seen to this day. The national curriculum in particular was roundly criticized, as 1 in 4 children reportedly were unaware Congo was once a Belgian colony.

“There is clear evidence that racial discrimination is endemic in institutions in Belgium,” the report said. “Civil society reported common manifestations of racial discrimination, xenophobia, Afrophobia and related intolerance faced by people of African descent. The root causes of present day human rights violations lie in the lack of recognition of the true scope of violence and injustice of colonization.”

While two months after that Michel went on to apologize for the colonial policy that saw Bingi and so many others separated from their families, at the time of the report he suggested the U.N.’s conclusions were “strange.”

The fragments of life Bingi remembers with her mother are of a loving home in the village of Babadi, before she was ripped away by a Belgian state agent to an orphanage more than 70 miles away. She described life at the Katende Catholic mission as “a nightmare.”

“I was not white, I was not Black, they told us we were evil children,” she said. “It was an abduction, a real kidnapping. We were not orphans. They destroyed something in us forever. It is still in me.”

As a biracial person, Bingi was designated a “mulatto” by the Belgian state, a group derided as “Sin Children.”

When Congo declared independence from Belgium in 1960, years of violence and civil war followed. Bing was just 10 years old.

At the time, the Belgian state empowered the Catholic Church to evacuate children from the former colony. But in the chaos many were abandoned at an airport, captured again by a militia, and subjected to sexual abuse before they were finally rescued.

Legal documents claim the children were abandoned by both the state and the church after Congo declared independence, and some were sexually molested by militia fighters.

“The right to reparations for past atrocities,” according to the 2019 U.N. report, “is not subject to any statute of limitations.”

A judgment in the lawsuit is expected Nov. 11.