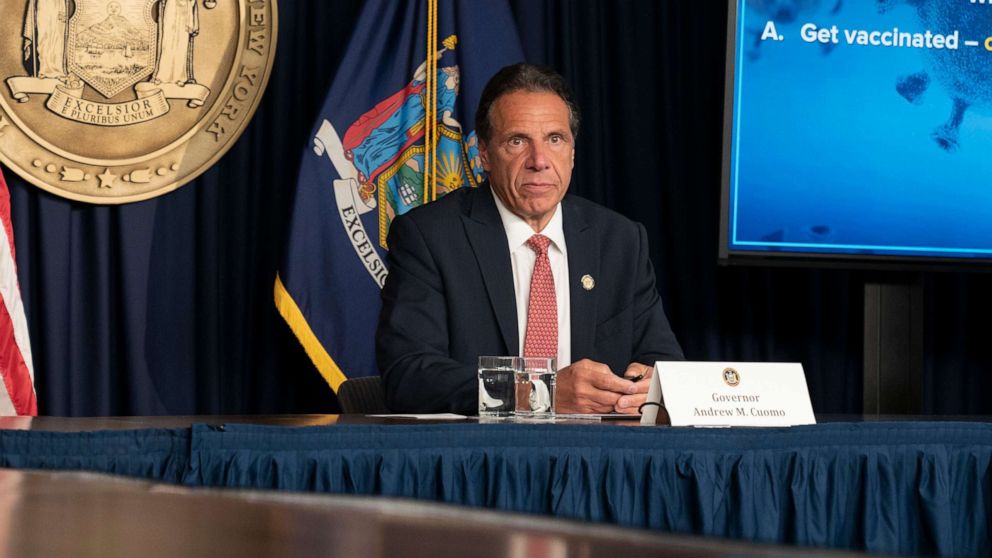 In a letter sent Thursday to Judge Holly Trexler that was obtained by ABC News, Albany County District Attorney David Soares charged that the sheriff’s office “unilaterally and inexplicably” filed a complaint charging Cuomo with misdemeanor forcible touching while prosecutors “were in the middle” of a monthslong investigation.

The district attorney’s letter portrayed the complaint as a rush job that did not include a sworn statement from the accuser.

“Unfortunately the filings in this matter are potentially defective in that the police-officer-complainant failed to include a sworn statement by the victim such that the People could proceed with a prosecution on these papers,” the letter stated. “What was included with the complaint was a portion of a transcript of the victim’s statement given in a separate proceeding, but that portion excluded an oath, and, even more troubling, excluded other portions of her testimony where she described the very same acts described in the complaint.”

In a footnote, the district attorney said the excluded portion of the woman’s testimony was potentially exculpatory.

Soares ended his letter by asking the judge to delay Cuomo’s arrangement by 60 days so that he could continue his “independent and unbiased review of the facts.”

A statement said the court granted an adjournment until Jan. 7, 2022, at the request of the parties.

The letter comes just over a week after the Albany County Sheriff’s Office filed the charge against Cuomo. The move came as a surprise to Soares, and Cuomo’s attorney and spokesperson charged that the complaint was about “politics,” not justice.

“I think we have an overwhelming amount of evidence,” said Apple, who noted at the time that he felt “very confident” that Soares will prosecute the charge.

Over four months, investigators combed through hundreds, if not thousands, of documents, executed several search warrants and interviewed “numerous witnesses,” according to Apple.

Apple conceded he would have liked for Soares to have been contacted in advance of the filing, though he said that isn’t customary. He also said he would have preferred for the complaint to have been released after the arraignment, but called accusations of this being a political hit job “ridiculous.”

Hours after the criminal complaint was filed, Cuomo’s attorney, Rita Glavin, said that the former governor has “never assaulted anyone” and charged that Apple’s motives “are patently improper.”

Cuomo has denied all allegations of sexual misconduct or harassment. Following his resignation, he said the report was politicized and that there was a rush to judgment.