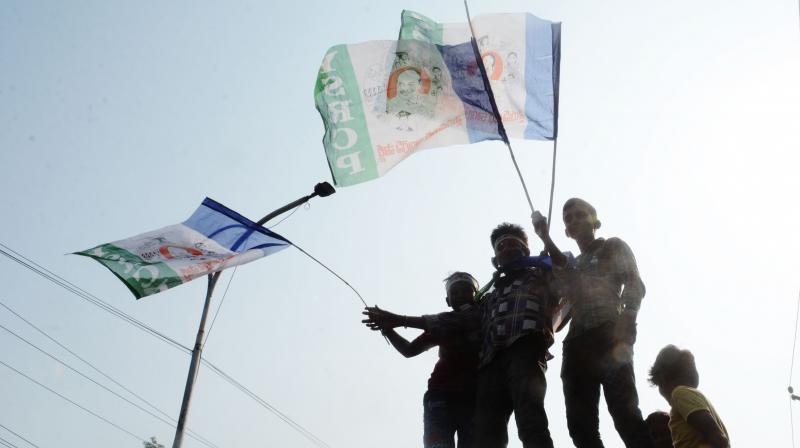 Tirupati: The Telugu Desam Party (TDP) received yet another jolt just ahead of the Nellore Municipal Corporation elections with former Waqf board chairman Munwar bidding goodbye to the party, shifting his loyalties to the ruling YSR Congress Party (YSRC).

Munwar, along with his followers, joined the YSRC in the presence of irrigation minister Anil Kumar Yadav. The minister cordially welcomed Munwar and his followers to the party fold by presenting the YSRC stole to them.

Speaking on the occasion, Anil Kumar Yadav said the opposition party leaders were getting inspired by the slew of welfare schemes introduced and being implemented by their party president and Chief Minister Y.S. Jagan Mohan Reddy, who had been extending welfare to all the people in the state, irrespective of their caste, creed, religion or parties.

The minister expressed ire at the TDP and its national president Nara Chandrababu Naidu for resorting to form alliances to win the elections. He exuded confidence that the people would support the YSRC even though all the Opposition parties joined together and contested against them in any election.

Flaying the TDP for failing to field candidates in majority of the divisions in the elections for the Nellore Municipal Corporation, the minister said the Opposition was not in a stage even to find someone to support their party candidate in his nomination to the 40th division in the city. He said the YSRC was going to win all 54 divisions in the Nellore urban and rural limits.

Shah asks BJP leadership to target power in AP by 2024