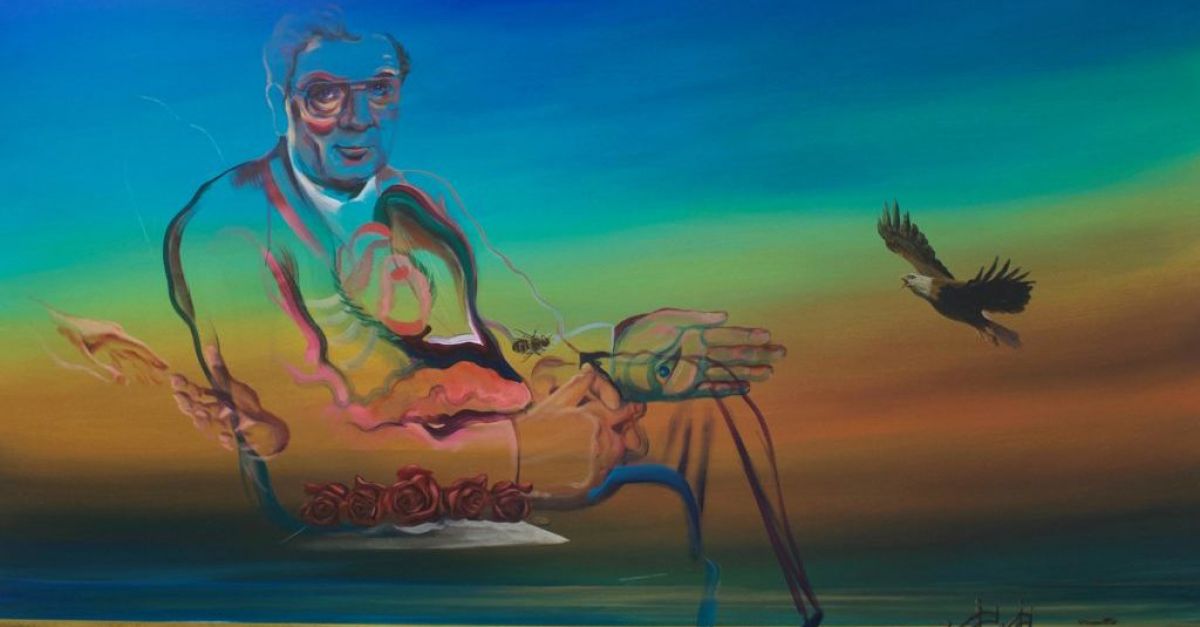 A new portrait of Nobel Peace Prize winner John Hume is to be unveiled at a major art fair in Dublin.

The painting of the late SDLP founder by acclaimed Irish artist Vincent Devine will have a €50,000 price tag when it goes on show at the Art Source event in the RDS later this week.

It will hang among a collection of works worth €1.3 million, including pieces by world-famous artists Andy Warhol, Banksy and Damien Hirst.

Devine (35) said he had been finishing off the portrait of Mr Hume in September when the politician’s widow Pat died.

“For a lot of people my age it would have gone over our heads, but it’s important we don’t forget how bad things were in the North and how easily that peace could be broken through pure ignorance,” said the artist.

“Just as I was finishing the portrait, his wife Pat passed away, so I had to add something into the piece to represent her.”

The portrait includes five roses to represent the Humes’ children, a bee symbolising the politician’s sweet tooth, and a hand to represent his wife’s guidance through the peace process.

The painting also incorporates a bald eagle as a nod to the US role in Mr Hume’s efforts to secure peace in Northern Ireland.

Devine’s work will hang alongside Warhol’s 1975 portrait of Mick Jagger, signed by both the artist and the singer and valued at €125,000, as well as two Banksy prints – Stop And Search, and Napalm.

More than 15,000 people are expected to view the collection of contemporary art presented by Gormleys Fine Art.

The event, which runs from Friday to Sunday at the RDS, will also give art lovers the chance to buy 100 pieces of original artwork for €100 each on a first-come, first-served basis on the opening morning of the show.