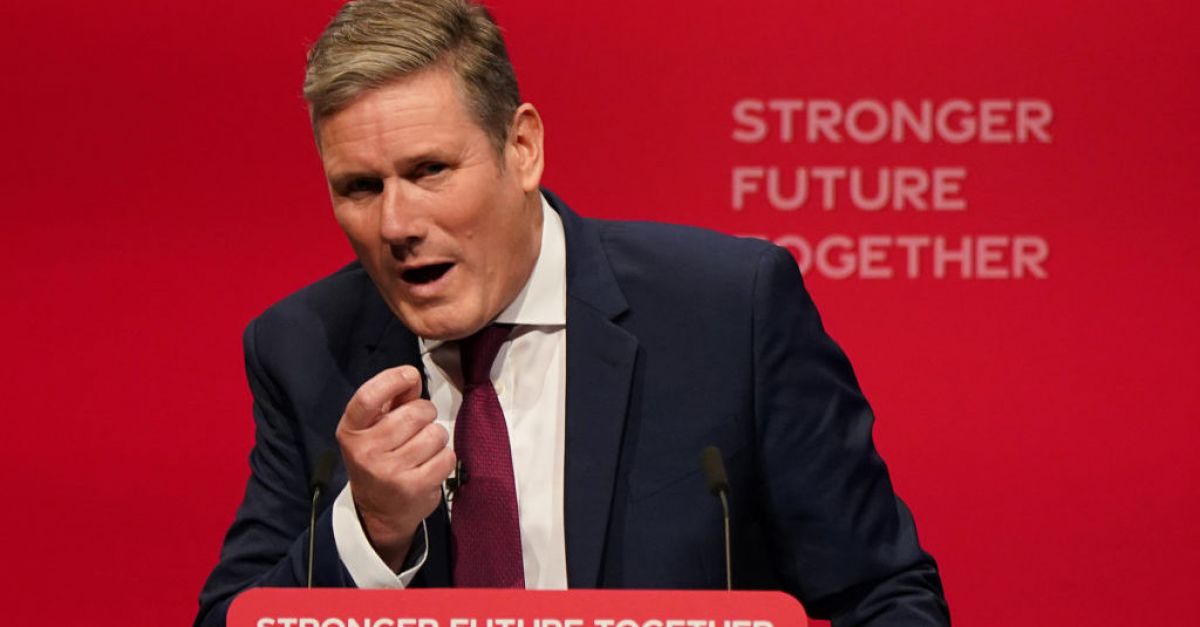 Suspending parts of Northern Ireland’s Brexit deal will not resolve the dispute between the UK and EU, Keir Starmer has warned.

The Labour leader went on to rule out rejoining the EU or “ripping up” the current deal, and instead argued for “sensible adjustments” to be made to improve what is in place.

The UK government has set the EU a December deadline to find a solution on the Northern Ireland Protocol, which was agreed as a way to maintain a free-flowing land border on the island of Ireland after Brexit.

The arrangement effectively keeps Northern Ireland inside the EU’s single market for goods, resulting in some checks for products crossing the Irish Sea from Britain.

Prime minister Mr Johnson and Brexit minister David Frost have argued the EU’s interpretation of the deal has led to difficulties which have created the condition to justify the use of Article 16 of the protocol.

Such a move would effectively suspend elements of the arrangements.

Mr Starmer, asked if he would support such a move by Johnson’s government, told the BBC’s Andrew Marr Show: “I don’t think that triggering Article 16 will resolve the dispute in relation to the protocol in Northern Ireland.

“Because of the way the protocol was drafted, because of what the prime minister signed, it is perfectly true that there are checks from Great Britain to Northern Ireland – we want to reduce those.”

He added: “What I am saying is don’t rip up the protocol because that has that very important central purpose, which is to protect the no border in Northern Ireland.”

Mr Starmer said he wants to see “both sides sitting down and resolving this”, adding: “There’s a little bit of me, Andrew, I am afraid that can’t help think that the prime minister is constantly trying to pick a fight on things like this so he hopes people don’t look elsewhere in the forest, which are things like the Owen Paterson affair.”

Mr Starmer said he wanted to “make Brexit work” when asked if he was prepared to renegotiate the deal to mitigate the predicted impact on economic growth.

The Office for Budget Responsibility, a UK fiscal watchdog, has suggested leaving the EU would reduce the UK’s GDP by around 4 per cent.

Gross domestic product, or GDP, is a measure of the size of the economy.

Mr Starmer said: “It’s all very well saying get Brexit done, we’ve got to make Brexit work. In order to do that, we have got to deal with some of the gaps and weaknesses in the current arrangements.”

The Labour leader said he would do “whatever I could to make it easier for British firms to trade across the world, but particularly with the EU”.