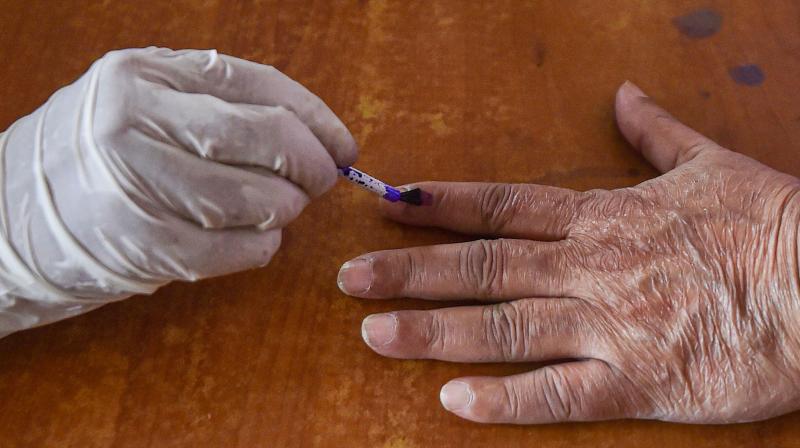 Anantapur: A ward volunteer has quit his post to contest the municipal councillor poll in Penukonda, the home turf of roads and buildings minister Shankaranarayana. Shakkera Bhanu joined the TD and filed her nomination from the 8th ward on Friday.

Polls are being held for Penukonda municipality, an ZPTC seat in Chilamthur mandal in Anantapur district and for Rajampeta and Kamalapuram municipalities in Kadapa district. On the last day of nominations, candidates from YSRC and TD filed papers for all wards while the BJP and the Jana Sena in a few places.

Penukonda was formerly a faction-hit area where TD had a strong base. Minister Shankaranarayana of the YSRC represented this area in the assembly.

Stiff fight is likely in the polls as TD has fielded candidates in all the wards. Shankaranarayana claimed the people of Penukonda backed the YSRC because of welfare schemes initiated by chief minister Jagan along with the building of Gollapalli reservoir as part of the HNSS project.

TD incharge Parthasarathi alleged that the YSRC did nothing in its two and a half years of rule. He said the reservoir was built by the TD government and this solved the water problem of Penukonda.

A total of 226 nominations were received for Rajampet municipality in Kadapa district. There are a total of 29 municipal wards. The YSRC and the TD filed nominations of 78 candidates each while the BJP gave 16 nominations and the  Jana Sena seven.

About 110 nominations, including those of dummies, were received for 20 wards in Kamalapuram municipality. Telugu Desam candidates filed 54 nominations while 43 nominations came from YSRC, 4 from Jana Sena and two from the CPI.