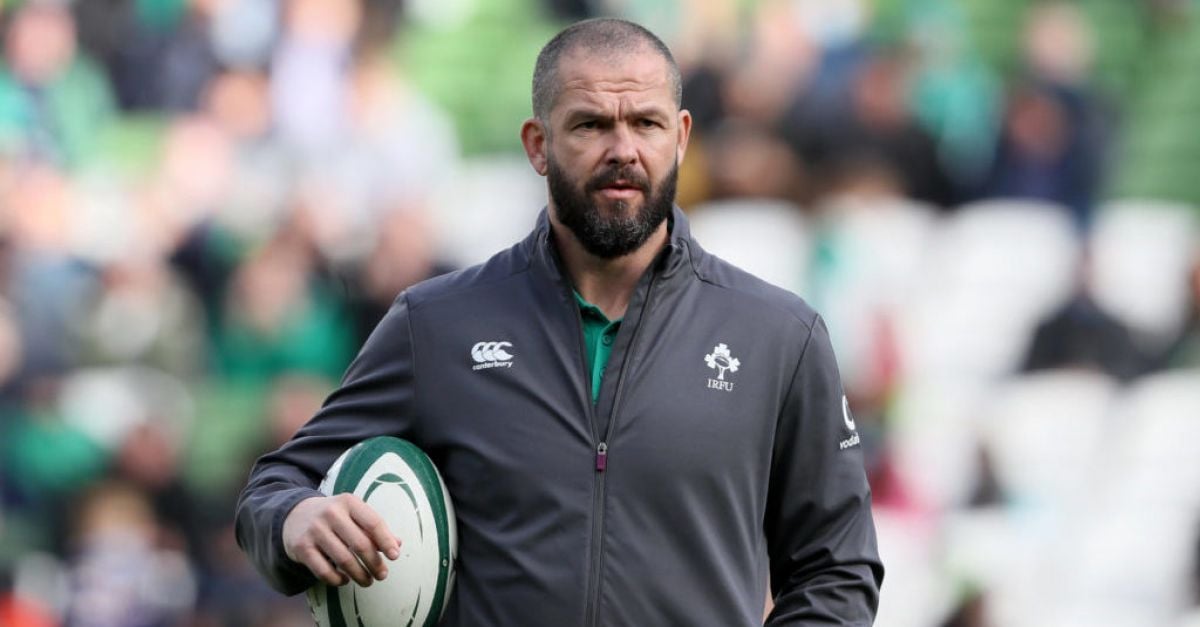 Andy Farrell believes Ireland’s nine-try demolition of Japan has given him “competition all over the park” going into a mouth-watering clash with New Zealand.

The Irish warmed up for next weekend’s tantalising appointment with the All Blacks by blitzing the Brave Blossoms 60-5 in their opening fixture of the autumn.

Captain Johnny Sexton celebrated his 100th cap with 16 points, including a second-half try, while there was a hat-trick for Andrew Conway, plus further scores from James Lowe, Jamison Gibson-Park, Garry Ringrose, Bundee Aki and Cian Healy.

“We’ve got to the six Ws through lessons that we’ve learned and we want to make that seven, but we know that seventh is a tough ask coming into next week,” he said.

“I think there’s competition all over the park after a performance like that. I thought there were some special individual performances.

“Jack (Conan) got man of the match but you could have given it to a handful of people.

“The pleasing thing is that the first week we came together we worked extremely hard and this week the players really took ownership of what we wanted to achieve.

“There are some good pictures for us to push forward with for next week and hopefully take our game to New Zealand as well.

“We managed to get some good game time into lads that needed it and a full bill of health allows us to recover properly and bounce into work on Monday.”

There were around 10,000 empty seats at the Aviva Stadium but those in attendance were treated to some scintillating rugby.

Despite his side’s potent attack, Farrell was more impressed by their defensive solidity.

“You lads (the media), I’m sure, will write about the points we scored but by a country mile the best part of our performance was our defence,” said Farrell.

“We didn’t have to do much of it and that is exactly what we want.”

Fly-half Sexton enjoyed a dream milestone outing and was mobbed by team-mates following his 48th-minute try before being presented with a commemorative Samurai sword by the opposition at full-time.

His century of appearances includes two victories over New Zealand in the past five years but he knows it will be difficult to improve that statistic.

“I don’t think you would ever say you are really confident about beating the All Blacks because you need to get away from thinking about the result,” said the 36-year-old.

“You need to go and look after the process and bring out your very best performance and that will give you a chance.

“If you don’t do that you have no chance so we will do our analysis on them. They have some really dangerous players and a very good coaching team.

“They have had some great results of late and we will give them all the attention they deserve but we have to focus on making sure we give our best version of ourselves next Saturday.”