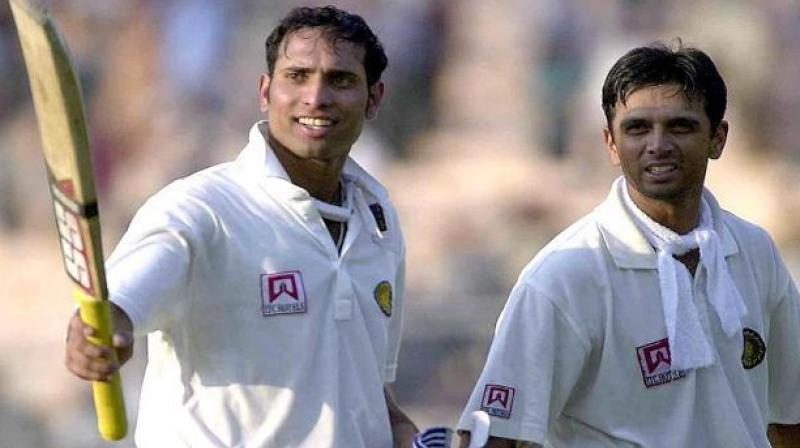 Dubai: Former India skipper Sourav Ganguly has always spoken about the need to have former cricketers in the system to help the game grow. And as BCCI President he worked towards getting Rahul Dravid to agree to become the head coach of the Indian team and is now keen to have VVS Laxman take up the role of National Cricket Academy (NCA) head.

Speaking to ANI, sources in the know have said not just the BCCI chief, but even secretary Jay Shah and other senior officials want Laxman to take up the NCA role as the BCCI has in the last few years seen the NCA head work closely with the Team India head coach.

"Sourav and Jay both would love to have Laxman take up the NCA role. But yes, the final call obviously lies with the former India cricketer as he has a young family also. He is undoubtedly a front runner for the role and not to forget how he has been known to share a special bond with now coach Dravid. It will be the perfect combination to have those two work together towards taking Indian cricket forward. Nothing like having former cricketers coming on board to help produce the next generation of stars," the BCCI source said.

With Dravid set to take over as head coach from the upcoming New Zealand series, it will be interesting to see if Laxman does agree to join hands with him and rekindle the partnership that saw India win many a Test matches.

Commenting on his appointment as head coach, Dravid has already mentioned how he is looking forward to build on the base that has been created by current coach Ravi Shastri.

"It is an absolute honour to be appointed as the new head coach of the Indian cricket team and I am really looking forward to this role. Under Shastri, the team has done very well, and I hope to work with the team to take this forward. Having worked closely with most of the boys either at NCA, U19 and India A setup, I know they have the passion and desire to improve every day. There are some marquee multi-team events in the next two years, and I look forward to working with the players and the support staff to achieve our potential," he said.

India opener Rohit Sharma and R Ashwin have also gone ahead and spoken highly about Dravid and said they are looking forward to working with the former India skipper.