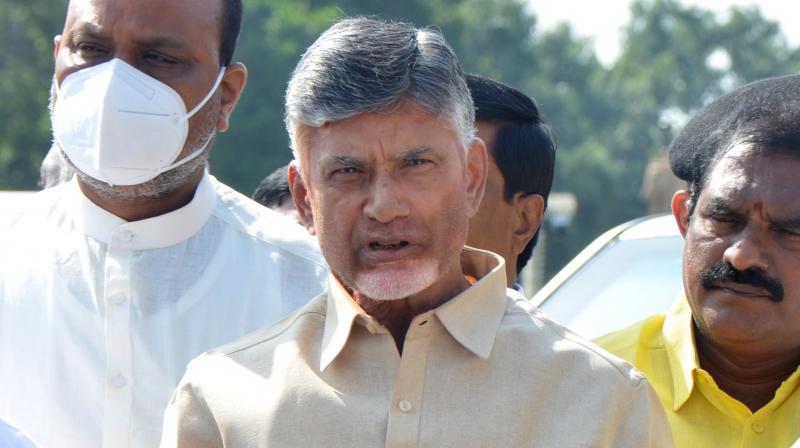 TIRUPATI: Telugu Desam chief N. Chandrababu Naidu on Friday shot off a letter to the State Election Commissioner seeking security for contestants in the municipal elections.

He alleged that a group of YSR Congress activists waylaid and manhandled TDP's nominee Dr. V. Venkatesh of Kuppam when he was going to file nomination papers for the 14th ward in Kuppam municipality on Friday.

He said it came to his notice that YSRC goons, led by Muni Swamy, attacked Venkatesh at around 12 pm. The group of 25-30 persons waylaid the TDP candidate at the nomination centre in MFC College.

Urging the state election commissioner to take action against the culprits responsible for the attack, Naidu sought security to the contestants in accordance with the High Court’s November 2 order to provide security to candidates in the ensuing elections.