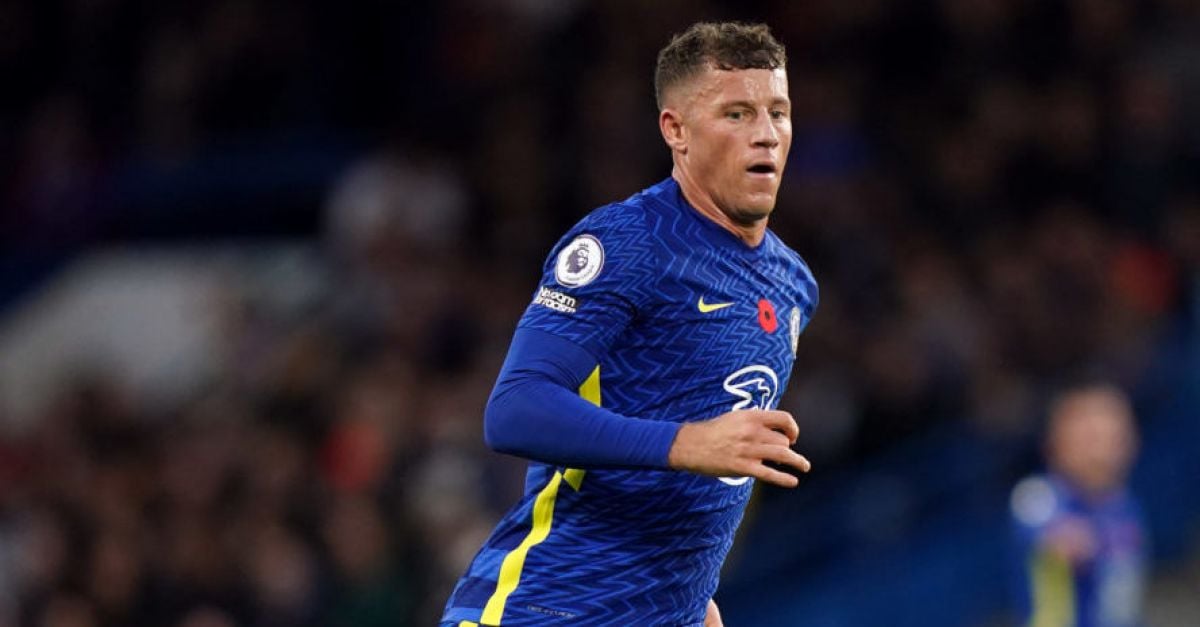 Thomas Tuchel has hailed Ross Barkley’s determination in refusing to give up on his long-term Chelsea future.

Barkley made his first Premier League start of the campaign in Saturday’s 1-1 draw with Burnley, putting in a strong display to leave boss Tuchel suitably impressed.

But the 27-year-old has refused to admit defeat on carving out his west London niche, and Tuchel insisted the playmaker now deserves big credit.

“He was very serious about his situation from the first day in pre-season,” said Tuchel.

“It depends on himself first of all for chances to play, and it is ongoing.

“He needs to stay positive and hard-working, but at the same time I am happy if he is not fully happy.

“I am happy if he is not satisfied with what he has.

“But also he must appreciate where he is right now and his hard work and effort to get to this point.

“There is always a chance to prove a point with your performance.”

'We played a very good game, but sometimes that is football.' 💪

Kai Havertz’s header had left Chelsea appearing to cruise to the win for the majority of the contest, only for Sean Dyche’s visitors to scramble a lifeline and a point.

“If you watched Ross in training you would see that he had deserved to start,” said Tuchel.

“We changed the shape of the front three today and played with a number 10 position to get in behind the two number sixes of Burnley.

“It was the perfect positive for Ross.

“He waited a long time, and he has made a huge impact on our matches when he has come off the bench.”

Burnley goalkeeper Nick Pope pulled off several impressive saves to keep the Clarets in touch on Saturday, with the England man left to reflect on a well-earned point.

“Part of hanging in there is making saves really, it’s part and parcel of coming to these places and getting points, it’s something that’s going to happen,” Pope told Burnley’s official club website.

“It says it all really when you’re away at Stamford Bridge and going towards the final 10 minutes thinking you can win the game and creating chances to win the game.

“That speaks volumes. We’ve been nearly men a few times this season, so it’s nice to maybe get something we deserve today. It just proves the hard work is going in the right direction.”