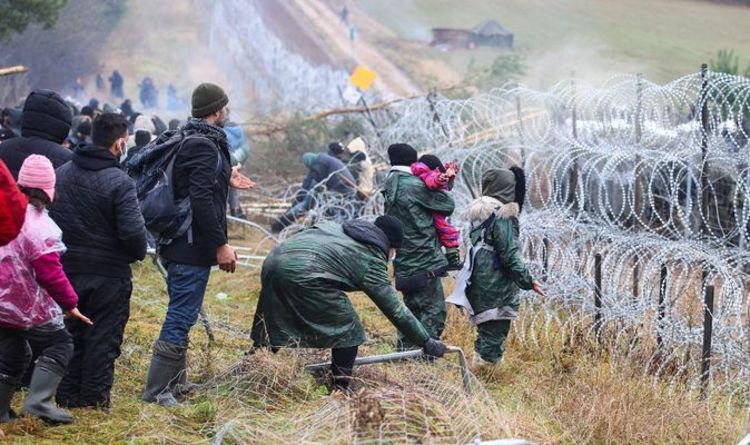 dictator, Alexander Lukashenko is thought to have sent more than a thousand refugees to the border, after images showed a long line of migrants being led towards the border by what appeared to be Belarussian forces. This comes after the EU, the US and Britain imposed sanctions on Belarus, following a violent political crackdown last year.

Lukashenko has since been accused of using the refugees as pawns in his battle with the nations.

Calling the wave of refugees “an invasion”, the Polish government has said it is “determined” to “defend” Europe.

The Polish Prime Minister Mateusz Morawiecki said: “The Polish government is determined and we will defend the security of our country and the entire EU, respecting our international obligations and bearing in mind, above all, the interests of the state and the safety of Polish soldiers, Border Guard officers and citizens.”

The Polish government sent 12,000 troops to reinforce the 10,000 al 7-year-old hailed a hero as she saves mother after sepsis collapse