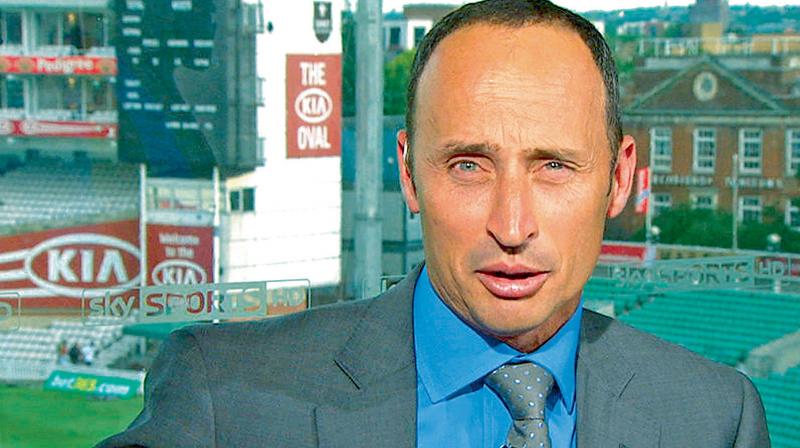 Dubai: India doesn't play "fearless" brand of cricket in ICC events, feels former England captain Nasser Hussain, and said absence of an alternate plan and selection issues were the reasons for the team's early exit from the T20 World Cup.

India paid the price for losing back-to-back games against Pakistan and New Zealand early on as Virat Kohli and his men failed to reach the semifinals of the showpiece event.

"You have got to go out and express yourself. They (India) have got so much talent. That may be the only thing that's holding India back in ICC events," Hussain said while speaking to t20worldcup.com.

"They don't quite play the fearless brand of cricket that they deserve to because they are so talented."

Former champions India had suffered a 10-wicket loss to Pakistan in their opening match before going down by 8 wickets to New Zealand in the next match.

"I had them (India) as favourites. They had been playing IPL here, are a star-studded side. They got a setback in that first game. The way Shaheen Afridi bowled in the powerplay, those two deliveries that Rohit and Rahul got would have got a lot of great cricketers out.

"That's sometimes the problem with the Indian side. They are so good at the top, some of the middle-order don't get much of a hit and suddenly you need a Plan B and that was found wanting."

Hussain also pointed out that playing all-rounder Hardik Pandya only as a batter affected the balance of the side.

"I see India as a very talented side but sometimes selection wise Hardik Pandya just playing as a batter alters the balance of the side. Against New Zealand, the idea to split Rohit and Rahul was not a good one," he said.

"…I am never splitting Rohit Sharma and KL Rahul, sorry they are just world-class players."

"India had to be at their best from the start and they weren't. Having been in these conditions for the last month and a half, you might have thought they'd adapted better.

"But you can't take away anything from Pakistan. They were brilliant. India slipped and then New Zealand were outstanding," Doull said.

"If you are below your best against top-quality sides you'll get found out and they were."