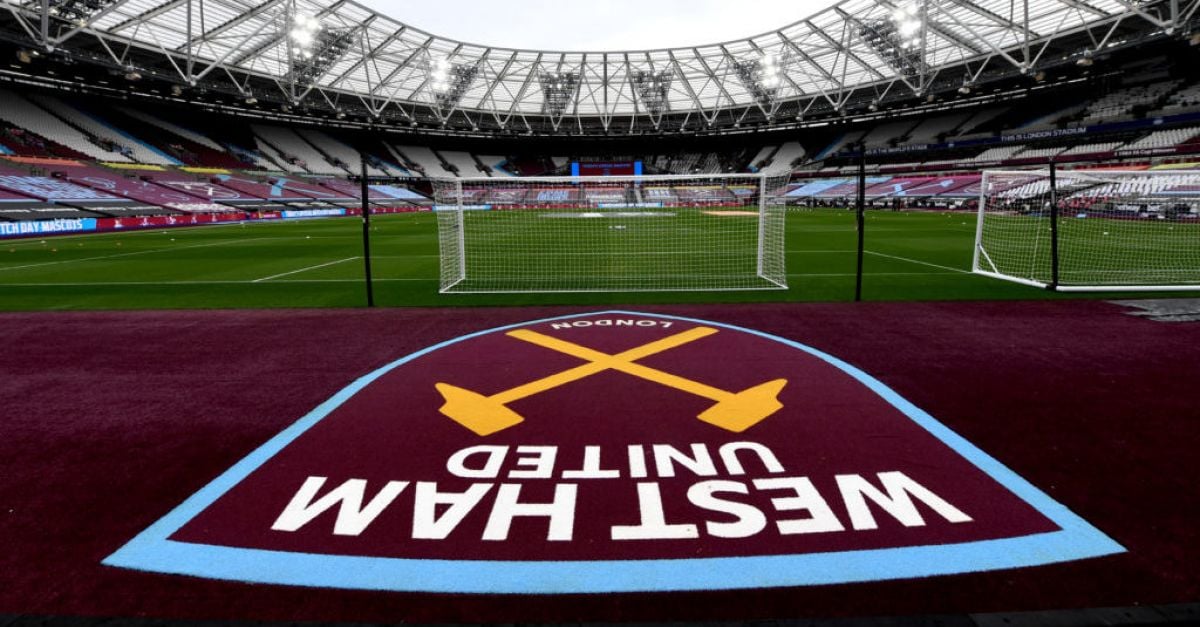 West Ham have confirmed they have banned two supporters who were filmed singing an anti-Semitic song towards a Jewish man on a plane.

Essex Police have also arrested a second man in connection with the incident.

A video emerged on social media on Thursday appearing to show some Hammers supporters on a flight to Belgium singing the offensive song as the man walked down the aisle to take his seat.

The fans on the flight were on their way to watch West Ham play Belgian side Genk in the Europa League.

Manager David Moyes on Friday joined his club in condemning the incident.

“I don’t see our football club being like that. We are a diverse football club. There’s no room for discrimination anywhere,” he said.

A statement from Essex Police read: “Essex Police officers have arrested a second man on suspicion of a hate crime at Stansted Airport.

** UPDATE **
A second man who was arrested yesterday (Saturday 6 November) has been released on police bail until 1 December.
The 26-year-old was arrested on suspicion of Section 4A Public Order (racially or religiously aggravated). Read here –
https://t.co/lnN8S1N5Hw pic.twitter.com/V3d3p6KLvP

“Officers arrested the 26-year-old man as he stepped off a flight from the Netherlands.

“The man has been taken to an Essex Police station where he will be questioned.

“The arrest has been made in connection with our investigation of a video on social media of a man being subjected to harassment whilst taking his seat on board an aeroplane before it departed from Stansted Airport on November 4th.

“A 55-year-old man who was arrested on November 5th has been released on bail until December 1st. The enquiry is ongoing.”