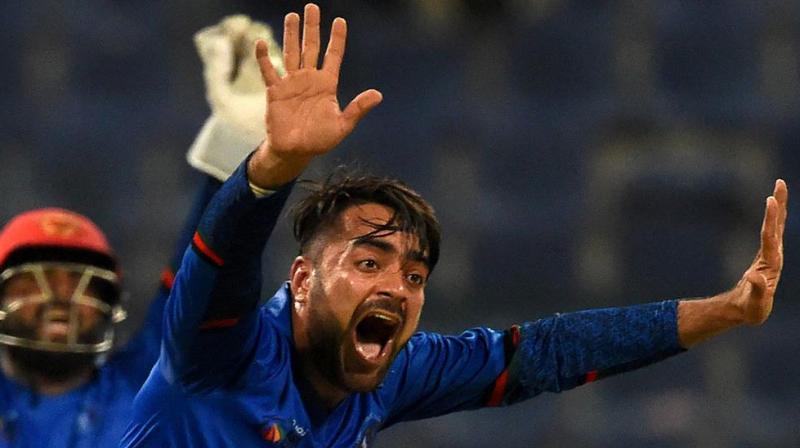 The 23-year-old spinner reached the milestone when he bowled New Zealand opener Martin Guptill with a wrong'un in the ninth over of the Kiwi innings, even as the batter tried to go for a slog sweep at the Sheikh Zayed Stadium.

Rashid achieved the feat in his 289th T20 match.

Only three other bowlers have crossed the 400-wicket mark in T20 cricket. Dwayne Bravo, the first to reach the feat in 364 matches, also became the first bowler to cross 500 T20 wickets. The West Indies all-rounder, who has just announced his international retirement from the format, has 553 wickets from 512 matches.

Two other bowlers that followed him to the feat are Imran Tahir (in 320 matches) and Sunil Narine (in 362 matches), both reaching the milestone earlier this year.

Rashid also holds the record for most T20 scalps in a calendar year, having picked a staggering 96 wickets in 2018.

His economy rate of 6.34 is the second best behind West Indies' Sunil Narine among bowlers who have played 200 T20 games.

Earlier in the tournament, Rashid became the fastest bowler to take 100 wickets in T20 Internationals during Afghanistan's Super 12 match against Pakistan. The dismissed batter, on that occasion, was veteran Pakistan all-rounder Mohammad Hafeez.

Rashid is only the fourth man, after Tim Southee, Shakib Al Hasan and Lasith Malinga, to achieve the milestone of 100 wickets in T20Is.